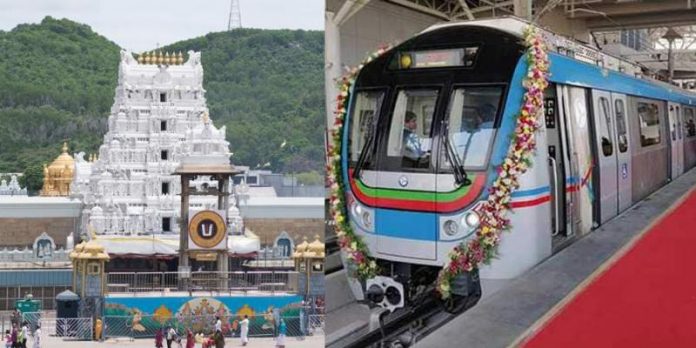 AMARAVATHI (Metro Rail News): On Sunday Tirumala Tirupati Devasthanams chairman SV Subba Reddy said they were planning setting up of light metro rail (Metrolite) or monorail between Tirupati to Tirumala. He also said they asked a report from the MD of Hyderabad Metro Rail NVS Reddy and he would hold discussions with Agama Sastra pandits once the report was reached.

While Communicating to media persons, Subba Reddy told they were not planning about rope-based rails and also added that they would only consider the proposals for the metro, mono and tram rail-based transport system. He announced the rail proposal would help them to protect the environment on the hillocks.

Additional he had stumbled upon the idea after observing the linkage of a hill with a monorail in Austria.

Commenting on the publicity being done in the name of National Security Advisor Ajit Doval’s Twitter account claiming that TTD had given Rs 2,300 cr of its funds to the State govt, Subba Reddy mentioned their inquiry found that it was a fake account of Ajit Doval. He also warned that they would take strict action upon all those who were indulging in a false campaign toward the TTD Board.