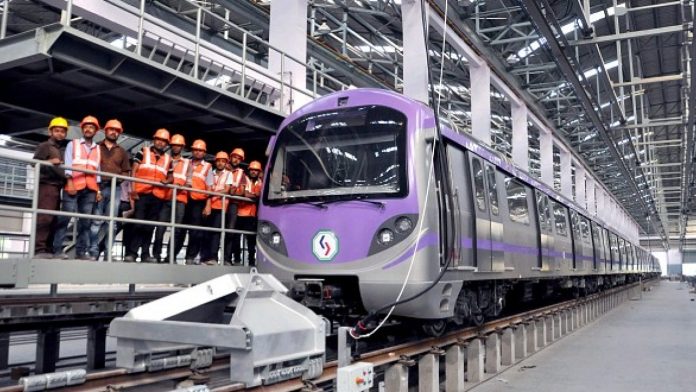 KOLKATA (Metro Rail News): The state fire services department has cleared the pending fire licenses for the two East-West Metro stations, Bengal Chemical and Salt Lake Stadium. This ends the two-month-long impasse that had threatened to cut short East-West Metro’s already truncated 5km Salt Lake run to 3.5km. The fire safety nods issued on Saturday, however, are temporary and valid only for a year

Last Tuesday, Kolkata’s line 2 underwent inspection by the commissioner of railway safety (CRS) amid uncertainty over the fire licenses. The CRS, under the aviation ministry, gives the final nod to any new Metro line across India.
buy avanafil online https://pavg.net/wp-content/themes/twentytwentyone/inc/en/avanafil.html no prescription
Fire and emergency services minister Sujit Bose had in a meeting on July 6 agreed to issue temporary no-objection certificates (NOCs).

The conditional NOCs require Kolkata Metro Rail Corporation (KMRC), the implementing agency of the 16km East-West Metro corridor that will eventually connect Howrah with Salt Lake’s Sector V, to build the third exits at the two Metro stations within a year and relocate slum dwellers encroaching the spot where the exits would come up.

Despite the minister’s assurance, at another meeting held last Monday, the fire officials pleaded helplessness before KMRC, which needed the NOCs before the CRS inspection the next day.

During the inspection last Tuesday, the CRS representatives made it clear to KMRC that without fire safety clearances, the last two stations would be out of bounds for the public.

In that case, the East-West Metro run would have been cut short to 3.5km till City Centre station. Bengal Chemical and Salt Lake Stadium are the fifth and sixth stations after City Centre. Shailesh Kumar Pathak, chief commissioner of railway safety (CCRS), who had led the team, is believed to have demanded an explanation as to why the CRS inspection was sought when two of the four stations lacked fire safety nods.

A battle of nerves ensued. Eventually, the fire department asked KMRC to submit a written undertaking promising to build the exits and rehabilitating encroachers. The conditional NOCs were issued on Saturday. KMRC has sent it to CRS. “We expect CRS to point out issues that must be ironed out before final nod,” an official said.