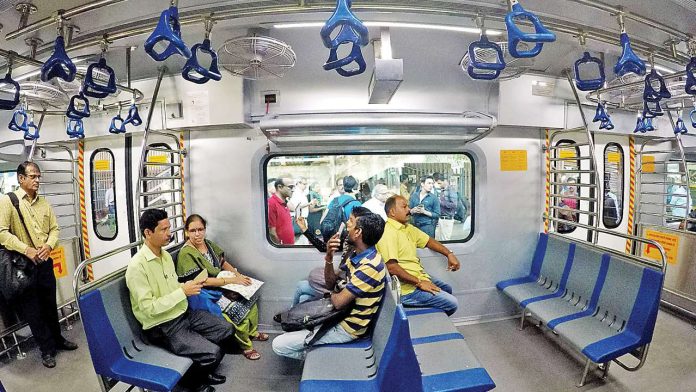 MUMBAI (Metro Rail News): In a respite for the lawyers, the Bombay High Court on Tuesday ordered Railway authorities to allow advocates to travel via local trains, which are presently restricted only to limited passengers. The HC said only those advocates appearing before its benches, which are hearing matters physically, shall be allowed to travel in the local trains.

A bench of Chief Justice Dipankar Datta and Justice Girish Kulkarni explained that the HC registry would be certifying the concerned advocate, who have a matter to appear before the benches hearing cases physically and based on this certificate, the railways would be issuing passes or tickets “for one particular day.”

“This mechanism shall be on an experiment basis for 14 days, from September 18 to October 7. Let us monitor this exercise and we shall consider extending the service to even lower courts,” the bench said.

The judges further clarified that advocates, who would misuse, either the certificate issued by the registry or the passes by railways, will face appropriate action.

The bench was dealing with a bunch of petitions seeking permission for advocates to travel in city’s local trains. The advocates had argued that since trains are shut for them, they find it difficult to commute and reach the courts.

In fact, in a previous hearing, Chief Justice Datta had pointed out that the four benches of the HC, which are hearing cases physically, had complained of non-cooperation of advocates as they aren’t able to reach the courts since trains are shut for them.

On Tuesday, advocate general Ashutosh Kumbhakoni for the state and additional solicitor general Anil Singh for railways told the judges that advocates could be allowed but only after a proper mechanism is brought in place to avoid overcrowding.

The judges accepted their statement and during the discussions, concluded that an advocate, who has to appear before a physical court, shall make an application before the registry. “The registry after verifying the genuineness shall certify the counsel and issue such a certificate via email.
buy tadalista online https://pridedentaloffice.com/wp-content/themes/twentytwentyone/inc/en/tadalista.html no prescription
Then the railways can issue one days pass or ticket after verifying the certificate,” the judges said in the order.