NEW DELHI (Metro Rail News): As the National High-Speed Rail Corporation Limited (NHSRCL) is building the country’s first high-speed rail corridor connecting Ahmedabad and Mumbai, Indian industry has been urged to come up with an alternative to the high-tech machines that are needed to build viaducts at the desired pace, which at present are only made in China. India’s trade with the neighbouring nation, China has been affected by the border tension in eastern Ladakh. According to an IE report, the mega carrier as well as launcher machines are ubiquitous in large-scale connectivity projects of China.

Typically, under this technology, a vehicle carrying a full girder travels on a girder that is already launched to place the next girder. According to the report, the speed is nearly seven times that of the girder launching mechanism that is often used in India. While one-and-a-half girders are set up in a week’s time with this, the machines developed in China enable two girders a day.

According to Achal Khare, MD NHSRL, each machine costs nearly Rs 70-80 crore and the Ahmedabad-Mumbai Bullet Train project will need up to 30 such machines. He further said to build 237 km in four years, there is no other way other than to use this technique. Khare said these carrier-and-launcher machines are produced in China. So this is one of the challenges which the corporation has posed to the industry, including L&T and the academicians, that why can’t these machines be developed rather than imported from China.

According to NHSRL MD, the machines are “no joke” as they are capable of carrying loads of 1000 tonnes-plus. At present, girders are carried in little segments by road. He further said even Japan, which is helping India with the high-speed rail corridor project, had not designed such machines. While China came up with them over its development of 25,000 km of high-speed rail, Khare said. 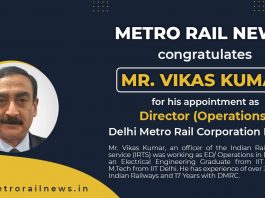 DMRC: Vikas Kumar is appointed as a New Director of Operations

Footfalls in Chennai Metro reached at its peak in November 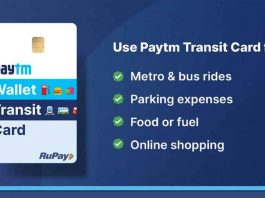