According to the plans unveiled on Tuesday by acting Premier of Victoria James Merlino and Public Transport Minister Ben Carroll, Alstom’s Ballarat factory will start building the X’Trapolis 2.0 trains from next year and with operations of the train to began on the network by 2026.

According to Mr. Carroll, “We are currently the only state that actually builds trains, builds trams and builds buses. Often our factories are supplying other public transport modes to other states”.

Mr Carroll said the new trains would be lighter and more energy efficient and the doors will be wider in a bid to reduce wait times at stations, while carriages will be roomier and more accessible for people with wheelchairs and prams. According to him, the contract would deliver a major boost to regional manufacturing.

According to Government, Alstom will employ 150 people, adding to the 25 workers currently engaged at the dormant Ballarat site, while a total of 750 jobs will be created. There will be spending of about $13 million for upgrading the Ballarat facility.

According to Alstom’s managing director in Australia, Mark Coxon, 15% of the workers would-be apprentices and 7% would be disadvantaged Victorians. He said the company was exploring different designs, including some with “transversal and longitudinal seating”, which would involve seating running along the sides of the carriages rather than across them.

Public Transport Users Association spokesperson Daniel Bowen said many of the Coming trains are nearly 40 years old and will need to be replaced before they start to cause widespread reliability problems. 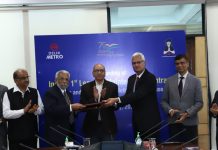 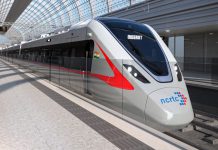 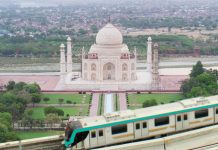