Japanese companies Hitachi and Kawasaki will bid to be the main contractor in the Japan government-assisted Ahmedabad-Mumbai bullet train project.

However, in joint negotiation meetings, Hitachi had indicated that if the project has to meet its rollout deadline of 2023, then indigenisation of not more than one bullet train rake could be possible.

“We want more volume in the indigenisation process, which will be a win-win for the country and make our investments viable in the bullet train project,” Hota said.

The $15-billion project envisages 24 rakes comprising 240 coaches, which would run between Mumbai and Ahmedabad.

BEML is keen on undertaking the entire interior work that is termed as ‘level three indigenisation’.

The broad contours can only be finalised after the bidding and selection of the main contractor and the sub contractor for the bullet train project, an official said.

A team of BEML officials had recently visited the Hitachi facility in Japan to evaluate ground realities.

Indigenisation of coaches is part of the central government’s ‘Make in India’ mission.

The railway coaches business is a key and growing segment for Bharat Earth Movers Ltd (BEML), which can produce 800 rail coaches and 300 metro coaches per annum.

According to BEML, there is scope for another 120-odd metro cars in the same project in the second lot, taking the total to 500.

Hota had recently said the company was aiming at a 30-per cent rise in the bottomline in the 2018-19 fiscal. 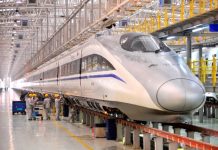 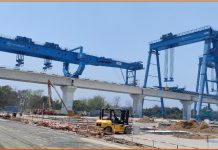