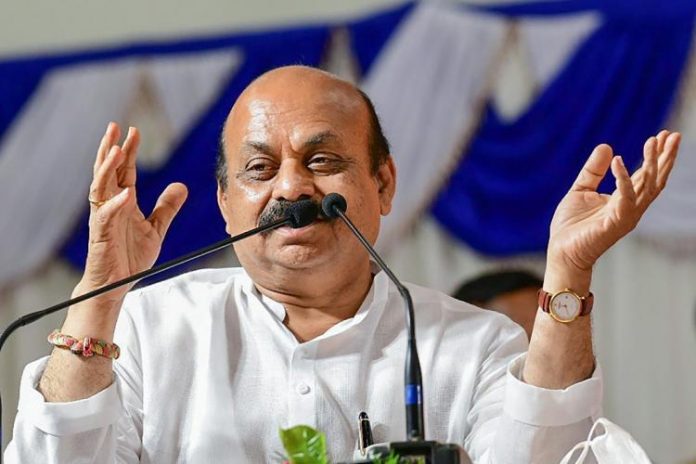 According to him, “It was a budget presented in the shadow of the pandemic but has the foresight of bringing the economy back on track. Moreover, since the finance minister addressed all the sectors, it will benefit the common man and the working class as well as the business class.”

He noted that funds for the rejuvenation of MSMEs had been increased from Rs 50,000 to Rs 5 lakh, stimulating entrepreneurship, including the hotel industry. It is a budget for economic reforms, stability, and growth, he added.

Under the shadow of Covid, it aims to reach a 9.2% economic growth rate. According to Bommai, the budget was proposed with a long-term objective of increasing capital investment and consumption. In addition, the budget would empower rural India by focusing on basic infrastructure and programmes such as the Jal Jeevan Mission, Pradhan Mantri Awas Yojana, and Pradhan Mantri Sadak Yojana. The budget has met the expectations of the general public, with a focus on drinking water, roads, and housing, according to Bommai.

As per Bommai, the budget also includes initiatives in digitalization, utilization of services of town planning experts, increased funding for urban transportation, and an emphasis on the constant development of urban and rural areas.
buy Accutane generic buynoprescriptionrxonline.net over the counter
Its goal is to attain agricultural self-sufficiency. Organic agricultural and oilseed cultivation has also garnered special attention.

As the budget has a significant increase in capital expenditure, the state is expected to get about Rs 3500 crore more under the capital account compared to last year. Karnataka is set to benefit from a big thrust for the railways, national highways and infrastructure projects. ‘Namma Metro’ is likely to get a more significant allocation under the urban transport sector, Bommai said.

When asked if the state’s wish list had been met, he replied that the state’s fiscal deficit had been maintained at 4%. Second, the CM hoped that the state would receive Rs 3,000 crore of its share because the Finance Minister increased the capital outlay for the states from Rs 10,000 to Rs 1 lakh crore to assist with investments in centrally sponsored programmes such as railways, highways, and the Prime Minister’s Gram Sadak Yojna.

He also stated that funds would be allocated to expand Bengaluru’s Metro rail project. In addition, Bommai praised the funding allocated to the development of 25,000 kilometres of roadways to boost surface transportation.

He commented that the plans to run 400 extra trains under the ‘Vande Bharat‘ programme and 200 TV channels to impart education to kids from Class I to Class XII under the Prime Minister’s e-Vidhya initiative the establishment of a digital university are visionary. In addition, Bommai believes that the green light given to the interlinking of rivers, particularly the Cauvery-Pennar, will help resolve the long-standing ‘controversial’ problem between states.