MUMBAI (Metro Rail News): A projected bullet train that can reduce the current 12-hour journey time between Mumbai and Nagpur to roughly 3.5 hours. The Indian Railways intends to begin bullet train service between Nagpur and Mumbai shortly. The train will travel 766 KMs in less than four hours along the soon-to-be-completed Samruddhi Expressway, with a top speed of 350 KM per hour.

Raosaheb Danve, Union Minister of State for Railways, stated on Saturday that the high-speed connectivity project’s development project report (DPR) would be completed by the end of February. The National High-Speed Rail Corporation Limited (NHSRCL), which is also working on the Mumbai-Ahmedabad Bullet Train Project, will prepare the report.

This superfast railway has been envisioned as part of the Samruddhi Highway project. We have the advantage of having 70% of the land already in our possession. Therefore, we only need to buy 30% of the land from private parties, Danve stated.

Danve emphasised that no property would be taken up because the entire rail corridor would be elevated. Although the train needs a straight corridor, there is a curve beyond Igatpuri where we must adjust the train’s path. The number of stations along the train’s route would be mentioned in the DPR report,” he noted.

The Mumbai-Nagpur high-speed corridor is one of seven projects proposed by the Centre recently. Meanwhile, on the Gujarat side, development on the Mumbai-Ahmedabad corridor is started, with land acquisition nearly complete. The Japan International Cooperation Agency (JICA) is funding the 508-kilometre Mumbai-Ahmedabad project, which will cost over Rs 1. 1 lakh crore. Given this, the newly proposed Mumbai-Nagpur project will be significantly more expensive, given its 766-kilometre length. 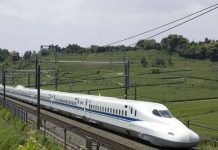 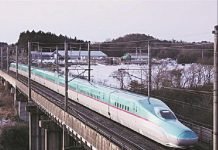