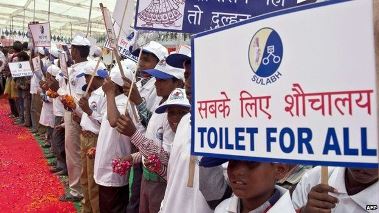 New Delhi: On December 12, 2015, India inked a pact with Japan to lay India’s first bullet train network between commercial nerve centre of Mumbai and Ahmedabad, in a much-ambitious project worth Rs 98,000 crore.

As part of its 2014 Lok Sabha election manifesto, the BJP is on the way to fulfill its promise of constructing a “Diamond Quadrilateral” by connecting the cities with a network of bullet trains. Diamond Quadrilateral project aims to connect four metropolitan cities-  Chennai, Delhi, Kolkata, and Mumbai, with high speed trains. The trains on these routes will have a speed of about 160km-200km per hour.

The bullet train network will link India’s financial hub Mumbai with Ahmedabad in Modi’s home state Gujarat. Bullet train between the two cities will cut travel time on the 505-kilometre route from eight hours to around three. Other proposed routes for running the new bullet train services include Delhi-Agra, Delhi-Chandigarh, Mysore-Bangalore-Chennai, Mumbai-Goa and Hyderabad-Secunderabad.

As per the data provided on the Government of India Budgets, obtained by Scroll, Prime Minister Narendra Modi-led NDA government has spent 2.4k crore on Swachh Bharat initiative in 2014 to 2015.

When it comes to implementing Swachh Bharat (clean India) campaign, then the Indian government needs to invest more. Only Rs 2.4k crore won’t help India in getting rid of the waste and other filth. There should be complete stoppage on open defecation, by building more number of toilets, especially in the rural parts of India.

The point to be noted is that Indians are in the desperate need of toilets across the country, rather than the bullet trains.

As per a report published in Scroll, 44% of Indians do not have the access to toilets, as compared to other developing countries like Nepal (32%), Pakistan (13%) and Bangaladesh (1%).

Interestingly, Mumbai and Ahemdabad are already well-connected with road, rail and air routes.

Then, the humongous amount of Rs 98,000 crore on bullet trains to connect both cities, looks like an ‘absurdly wasteful’ investment.

Indian railway system is said to be one of the most unsafe in the world. Every year, many lives are claimed in freak train accidents. Unmanned crossing also lead to fatal train accidents.

On Dec 8, 2015, The Palwal-Ghaziabad Electric Multiple Unit (EMU) train rammed into the Delhi-bound Lokmanya Tilak Haridwar Express at Baghola village near Palwal in which the driver of the local train was killed and hundreds were injured.

The Indian government should invest more wisely on railway safety, rather than creating a luxurious gift for the elite. The Centre government should also spend more on the construction of schools, better education, health and transport facilities.

According to World Health Organisation (WHO), India ranks at 112th number, on the healthcare index, while a country like Bangladesh is at 88th rank!

“Due to a constraint on India’s financial resources”, The Modi-led NDA government had reportedly scrap the plan for a universal healthcare scheme.

So, the pertinent question that arises is whether Modi government should focus more on reducing the travel time Mumbai to Ahemdabad and vice-a-versa or they should think for the betterment of the common citizens of India, by providing them with the basic necessities, that demand more attention.

Modi government, that will complete two years in May 2016, is yet to fulfill its promise of bringing “acche din” (good days), as the nation awaits for a better future eagerly!