There has been high drama at the Chennai Metro Rail Ltd (CMRL) over the last few days, bringing into sharp focus on how industrial relations issues can disrupt public transportation. It all began when the company terminated eight employees on grounds of violation of the code of conduct and misconduct at work, such as alleged theft.

Soon after, a section of employees went on strike, leading to disruption in services as signalling and technical issues cropped up across stations where workers had deserted their key posts.

This led to CMRL suspending three workers on May 1. All three non-executive staff members were reported to have been found guilty of ‘sabotage’ by CMRL.

Talks between the employee union, management and labour department led to the strike being called off and services resumed. Thousands of passengers faced inconvenience during this period.

More chilling, though, is the idea of sabotage. Chennai’s commuters have only recently taken to the Metro. As of February 2019, an estimated 90,000 people use the metro every day, a slow and steady rise over last year’s ridership figures. A joint venture between the Government of India and Tamil Nadu, CMRL has been built at whopping costs running into thousands of crores. Chennai Metro is also one of the most expensive in the country, with ticket prices ranging from ₹10 to ₹70. When patronage has increased and commuters are willing to bear the cost, should not the government be invested in running the metro services efficiently?

In countries such as Singapore, China and many parts of the globe, the government is held responsible for metro services, and ministers have been sacked in case of any disruptions in service — such is the serious attention given to public transport. In contrast, here, the commuter has become an unwitting pawn in the game being played between a workers union and the management of the metro services. The workers union is protesting not only the terminations but the pay package offered and CMRL’s move to outsource a portion of services. These days, outsourcing is inevitable to sustain the competitiveness of the business.

The management is well within its rights to terminate or suspend workers on grounds of misconduct. Despite the fact that there is legal recourse for aggrieved individuals, strangely the terminated/suspended employees have been offered reconciliation. Assuming there were definite grounds for termination, why allow such an appeal? Ideally a court of law should decide whether the punishment is proportionate or not. This tactic is transitional and may buy only short-lived peace. The management should cultivate positive discipline among its employees and the government should sanction immunity to such premium services, preventing any disruptions on the basis of human issues.

If no action is taken, the public perception of the reliability and safety of the metro will nosedive badly, and patronage may then drop too. Given the expansion plans, can CMRL really afford to take its public perception so lightly?

M Muthiah heads HR at a large Indian manufacturing organization and has over 35 years of industrial experience across the manufacturing sector. Aparna Vasanth is an HR manager

Originally it was published in Business line 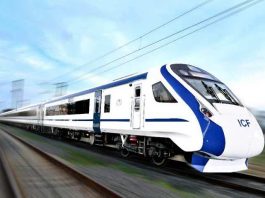 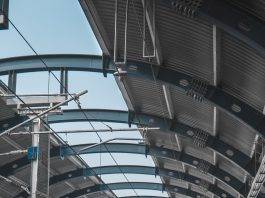