The bid opened in last week and the CRRC has emerged the only foreign company. The bid for the global tender worth around Rs 1,500 crore for manufacturing 44 of the trains called ‘Vande Bharat Express’ was floated in December last year by the Integral Coach Factory (ICF), Chennai.

According to the highly placed source said that the of the CRRC may not be considered or even be eliminated due to the Make in India and Vocal for Local policies of the government.

“Under the principle of reciprocity, India can restrict investment by foreign companies if Indian companies face restrictions in applying for contracts there,” the official said,

Usually, after the Indian government has said they will promote the Atmanirbhar mission, the Railways will also comply with that.

Train 18 is the country’s first engine-less train and has been manufactured by Integral Coach Factory. At one point, it was touted as India’s fastest train when it hit speeds of over 180 kmph during a trial run. The first Train 18 was flagged off by Prime Minister Narendra Modi in February 2019.

However, the ambitious project has been embroiled in controversy for months now, with a turf war breaking out between the mechanical and electrical engineering departments over ownership of the train.

In the aftermath of border tensions with China, India has been considering a series of measures to restrict Chinese investments in Indian projects and promote domestic companies instead.

Earlier this week, Railways Board Chairman V.K. Yadav said the railways would follow the guidelines set out under ‘Make in India’.

“As far as the question on Chinese companies arises, there are guidelines under the Make in India Policy by the Department for Promotion of Industry and Internal Trade (DPIIT) and we will follow them,” he said at a press conference.

A clause in the ‘Make in India’ policy under DPIIT states:

If a nodal ministry is satisfied that Indian suppliers of an item are not allowed to participate and/or compete in procurement by any foreign government, it may, if it deems appropriate, restrict or exclude bidders from that country from eligibility for procurement of that item and/or other items relating to the nodal ministry.

Opposition to a Chinese company

The bid of the Chinese company has already led to some protest — the apex traders’ body Confederation of All India Traders (CAIT) has written to Railways Minister Piyush Goyal opposing the participation by CRRC.

“We appreciate several steps taken by the Union Government and your Ministry as well to block Chinese Companies for their participation in Railways, Highways, and other infrastructure-related projects.

“As a part of our “boycott Chinese campaign” which began on June 10, 2020, under our mission statement Bhartiya Saamaan-Hamara Abhimaan, we request you to please not allow Chinese state-owned CRRC Corporation to participate in global tenders for semi-high speed indigenous Train 18 project of Indian Railways. The total worth of the project is more than Rs 1500 crore for 44 Vande Bharat Express Trains,” CAIT said in its letter.

Last month, amid tensions between India and China at the Line of Actual Control (LAC) in Ladakh, the Indian Railways had terminated a signalling contract worth Rs 471 crore awarded to a Chinese company in 2016.

The Railways, reportedly, also scrapped a tender for thermal cameras meant for Covid-19 surveillance amid allegations that the tender specifications favoured a Chinese company.

The earlier proposal to import the complete train sets from foreign manufacturers had led to opposition from political parties, senior officials, and other stakeholders, who criticized the Railways for going global when there was indigenous technology in-house.

The turf war between the Mechanical and the Electrical Engineering departments had resulted in allegations of favouritism, safety compromises, and other flaws, which, in turn, led to the transfer of top officials from the team.

As a result, there have been several delays in the project, with the latest being the third tender floated by the government in December 2019 with changes meant to create a level-playing field to bring down prices.

In a letter addressed to Railway Board Chairman Yadav on 13 January, an official even alleged “sabotage”, pointing out a number of alleged anomalies in the bid documents, arguing, “It is surprising how a small clique of officers can hold the country to ransom.” 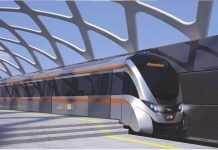