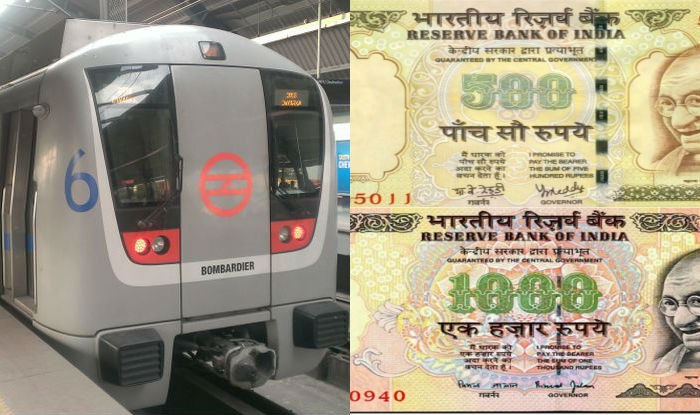 New Delhi: Good news to Delhi Metro metro commuters. In relief to daily commuters, the government extended the use of old-high denomination currency notes of Rs 500 and 1,000 at metro railway stations till Saturday and suitable instructions given to Delhi Metro Rail Corporation (DMRC) to comply.

The government had on Tuesday, after withdrawing all Rs 500 and Rs 1,000 banknotes in circulation, announced that the old high-denomination currency would continue to be accepted for next 72 hours at certain public utilities.
buy bactroban online https://www.facebeautyscience.com/wp-content/themes/twentyseventeen/inc/en/bactroban.html no prescription

The list did not include metro and announcements at metro stations this morning said they would not accept old Rs 500 and Rs 1,000 notes.

Following this, Department of Economic Affairs Secretary Shaktikanta Das spoke to the Ministry of Urban Development and the error was rectified.

A clarification is being issued that the old high-denomination currency notes will be a valid tender at metro stations for first 72 hours, he said.

The Rs 500 and Rs 1,000 bank notes were withdrawn from circulation with effect from midnight.

(This story has not been edited by Metro Rail News team and is auto-generated from a syndicated feed.)