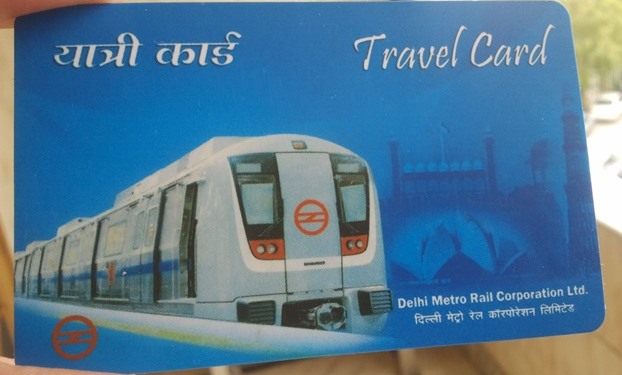 Advertisement
New Delhi: The Delhi Metro Rail Corporation has decided to increase the maximum top up limit of its Smart Card by Rs. 1000/- to Rs. 2000/- from tomorrow i.e, 11th December 2016. The increased top up limit will remain effective till 31st December 2016 only.
The decision to increase the maximum top up limit has been taken with a view to facilitate the commuters who might come with new currency notes of Rs. 2000/- to top up their smart cards. With the present maximum top up ceiling of Rs. 1000/-, it would have created problem in the availability of adequate currency notes for passengers and currency to to be returned to such passengers, specially in view of shortage of new Rs. 500/- currency notes.
With the increased top up limit, passengers can now easily top up upto a maximum of Rs. 2000/- in which new currency notes of Rs. 2000/- will come quite handy and problem of shortage of currency notes, specially Rs. 500/- notes, would be tackled in a more effective manner, which would have been otherwise required to be returned to the commuters after maximum top up of Rs. 1000/-.
This is a temporary measure and will remain effective till 31st December 2016 only. It is expected that by that time enough currency of various denominations, specially Rs. 500/-, will be available to hand over over as change to facilitate transactions for a maximum top up limit of Rs. 1000/-.
Delhi Metro at present carries about 27-30 lakh passengers on an average, of which approximately 70% are smart card users. There are about two lakh top ups done by the commuters every day ranging from a minimum of Rs.100 to a maximum of Rs.1000/-
Source//DMRC
Daily Updates from Metro & Railway