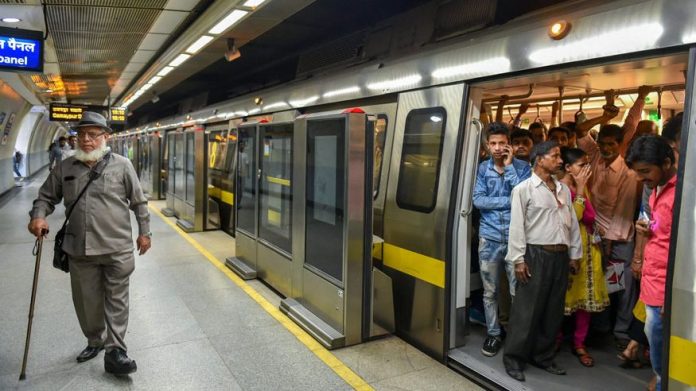 DMRC has announced that as part of heightened security, all parkings will be closed with effect from 14 th August morning till 15th August afternoon. “Parking at Metro stations will be closed from 6 am on 14th August (Wednesday) till 2 pm on 15th August 2019 (Thursday),” The DMRC circular read. This security measure comes into effect every year in order to avoid any untoward incident.

To facilitate people at Lal Quila station on Independence Day, additional ticket counters will be opened at Lal Quila and Jama Masjid Metro stations. apart from that additional staff will be deployed to guide people and cater to the rush after the ceremony.

Security has been beefed at all major airports and railway stations ahead of the Independence Day. All airlines have asked their flyers to reach airport early, at least three hours in advance.

The Delhi Traffic Police has also issued an advisory for the function. According to the traffic advisory, seven roads—Netaji Subhash Marg, Lothian Road, S.P Mukherjee Marg, Chandni Chowk Road, Nishad Raj Marg, Esplanade Road, its Link Road, and Ring Road from Rajghat to Y-Point-Hanuman Setu will be closed for general public from 4 am to 10 am. Routes of buses terminating at Red Fort, Jama Masjid and Delhi main railway station will be curtailed or diverted.

Prime Minister Narendra Modi will unfurl the national flag from the ramparts of the historic Red Fort on Thursday morning to a 21-gun salute, and then address the nation on the 73rd anniversary of independence from British rule.