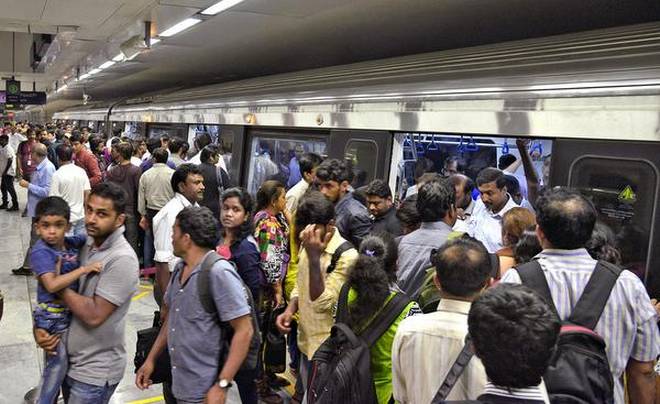 New Delhi, Metro Rail News: The Delhi Metro Rail Corporation (DMRC) will soon be adding more coaches on trains running on the main lines to ease travel woes. In a major relief for passengers traveling in crammed Metro coaches. Delhi Metro Another objective behind the move is to improve the frequency of services

The DMRC will be changing most of its  6 coach trains running on corridors Yellow (linking HUDA City center with Samaypur Badli), Blue (Line 3 and 4) that connects Dwarka with Vaishali/Noida, Red (Rithala with Dilshad Garden) and Airport Express Line, into 8 coaches to augment the carrying capacity on these corridors. Around 200 new coaches are likely to be added on these busy routes, of which approximately 50 will be commissioned for the Airport Express Line.
buy cymbalta online https://healthcoachmichelle.com/wp-content/themes/twentytwentyone/inc/en/cymbalta.html no prescription

In August this year, the Delhi Metro had written to the National Capital Region Planning Board (NCRPB), seeking funds to the tune of Rs 2,000 crore, to procure additional coaches to address the issue of overcrowded coaches. Another objective is to improve the frequency of train services, especially when the government is promoting the use of public transport to combat constantly plunging pollution levels. Sources claim that the NCRPB is yet to take an action on the request. While the NCRPB usually does not extend such loans for purchasing train coaches, the DMRC is hopeful of striking lucky this time around. This is the reason why it has also started inviting tenders to procure coaches, sources claimed.

The expansion plan has already been delayed by two years for want of funds. According to reports, the DMRC knocked the doors of NCRPB after the  Japan International Cooperation Agency (JICA) refused to lend money to the rail body to purchase new coaches. The DMRC had planned to increase its fleet by over 580 coaches in a proposal sent to the Delhi government in 2017. The demand, however, was brought down to 200 in the revised proposal sent in June this year.