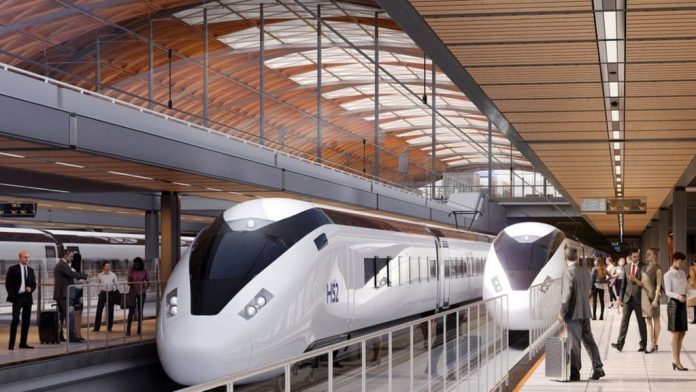 CHINA (Metro Rail News): The UK is considering giving China’s state-owned railway builder a duty in building the HS2 rail line. Govt officials said “preliminary discussions” had taken place, but no “concrete commitments” had been made.

The Chinese railway firm stated that could build the line in five years and at a much lower cost, according to the letter seen by Building magazine. But Conservative MP Tom Tugendhat warned letting CRCC build HS2 would be “extremely questionable”.

Earpreviously this week, PM Boris Johnson divided opinion by approving the scheme. The decision came despite an official review that stated expenses could touch over £100bn, well over the £62bn budget.

However, the China Railway Construction Corporation (CRCC) has written a letter to High-Speed 2 chief executive claiming they could build the line for much less. It also said it could complete it by 2025 instead of the current 2035 target.

As per the Financial Times, who have also gone through the letter from the CRCC, the firm told: “We are certain that we can offer a cost that is significantly lower than the projections we have seen.

“The advantages are too great, in our opinion, too great to dismiss on the basis that there are obstacles to overcome.

“You will find that the Chinese way is to seek solutions, not linger on obstacles and difficulties.”

There are questions whether the company could operate to the same grade in the UK with the democracy and property rights, protected landscapes, lobbying groups and other obstacles it may face

A Dept for Transport official stated: “The DFT is always keen to learn from the experience of others and to consider approaches that offer value for money to the taxpayer.”