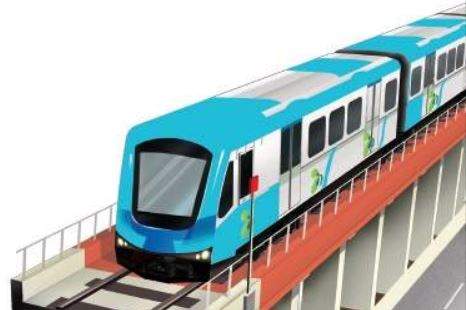 THIRUVANANTHAPURAM: State will soon submit the Detailed Project Report (DPR) for the Thiruvananthapuram and Kozhikode Light Metro projects to the Center. In accordance with the new railway policy of the Union metro, the necessary amendments were introduced in the previous DPR.
The Chief Minister, Pinarayi Vijayan, has informed the Assembly that the previous DPR presented for approval before the Center in 2015, is being revised based on the new railway policy of the metro in 2017. “Once the necessary verifications are completed, the project report will be presented before the Government of the Union for approval, “Pinarayi said in a written response to the questions of K Muraleedharan, KS Sabarinathan, VS Sivakumar and M Vincent.

According to the new policy, it is the respective state governments that must send the approval request. Kerala Rapid Transit Corporation Ltd (KRTL), the special purpose vehicle formed by the state government for the implementation of the Thiruvananthapuram and Kozhikode Light Metro projects, has been entrusted with the task of collecting the necessary details. On behalf of KRTL, DMRC has reviewed the DPR. Responding to another question, the Chief Minister said that central assent is not necessary for rail subway projects fully implemented by state governments. Although it is technically feasible, it will not be viable considering an additional financial burden for the state government.

According to the new policy of the Government of the Union, a particular city is identified for the metro project after exploring other feasible and less expensive public transport facilities available there. Thiruvananthapuram and Kozhikode have been identified for the light rail project after going through such detailed verification, said the CM.

According to the revised DPR, the total cost of the project for the two light rail projects will be approximately R $ 7,446 crore. Excluding funds needed for land acquisition, state taxes and money for works related to PPP, Rs 6,307 crore will be needed. Of this 20 percent, each will be assumed by the state and central governments. The remaining 60 percent will be through a loan. Rs 392 crore required for land acquisition and state taxes in the amount of Rs. 534 crore will be satisfied by the state. In total, the state will have to be grouped in Rs 2.187 crore.