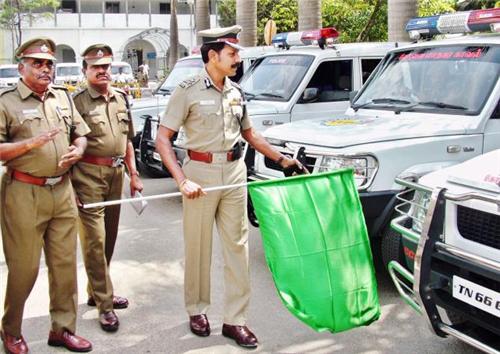 Kochi: Taking cue from dedicated police units for metro rail projects in other Indian cities, the Kochi City Police will soon be opening a metro rail police station to handle crime and law and order on the metro rail stretch between Aluva and Pettah.

The State Cabinet has already sanctioned 29 posts for the station to be headed by a Circle Inspector. It will have jurisdiction over the entire corridor, including the Aluva-Pettah viaduct, stations, and the coach depot at Muttom.

According to City Police Commissioner M.P. Dinesh, the proposed police station, which will come up near Cusat Junction at Kalamassery, will function in tandem with the other planned exclusive force comprising SISF personnel who will be in charge of the security of metro stations. “We wanted to activate the new police station keeping in mind the possible criminal acts in the metro corridor and stations. Since this is a prestigious project, having been executed at a high cost, and thousands of passengers are apparently going to use it on a daily basis, security is of paramount importance,” the Commissioner said.

The city police, through the metro rail police station, will be involved in routine crime prevention, and crime detection, besides handling other possible law and order situations.

“Since the personnel of law and order police stations will be saddled with their regular duties, it was proposed to create a dedicated police station for the metro,” he added.

The police station apart, the State government has decided to train and deploy 138 policemen from the KAP Battalion (SISF personnel) to address pressing security concerns. “You need an agency to handle exclusive areas like access control, anti-sabotage checks, protection of metro rail properties, and CCTV monitoring, as the city police will not have the resources and manpower to handle such responsibilities,” explained a senior officer.

The trained officers will be manning the 24 stations in the Aluva-Pettah corridor, providing the second layer of security after private security guards to be positioned at the gates and parking lots. While the sanction for SISF personnel was accorded on condition of the KMRL paying their salaries, the metro agency appears not in a position to bear the expenditure.

“We need clarity on the matter. Besides, the security of metro rail is a State subject in cities elsewhere,” said a KMRL spokesperson.