Often, in the hurry or due to negligence, people forget their valuables like mobiles, laptops, purses etc. in the Metro. However, due to alert security arrangement of the Lucknow Metro these lost items revert to their proper place. In just last one month, seven mobile phones were recovered from Lucknow Metro premises. On Wednesday, 24th October, the train operator recovered a mobile from the platform number 01 of the Transport Nagar Lucknow Metro Station, which was returned to the owner Mr. Hans Narayan Singh of LDA Colony, after completing all formalities. Similarly, on 22 October, Mr. Amarjeet Chaurasia, resident of Mohammadpur Balia, who lost his mobile from Transport Nagar Metro Station got it back on the same day.In one other case on 11th October, a laptop was recovered from the Charbagh Metro Station, which was handed over to Shri Aman Sharma, resident of Gorakhpur after proper paperwork.
buy symbicort online blackmenheal.org/wp-content/languages/new/us/symbicort.html no prescription

In addition to lost and found cases, there are cases where families are separated from each other during journey. In such cases, Station Controller posted on Metro stations assist them responsibly. On October 16, a six-year-old girl was separated from her parents while boarding the Metro, but with the help of commuters and Metro staff, the family could get reunited in few minutes. In another incident, on October 17, a child who strayed into the Singar Nagar Metro area was helped by Metro staff to reach back to his family.

Lucknow Metro takes great pride in fulfilling its social obligations. On Monday, 29th October, at Charbagh Metro Station Gate No. 02, a passenger’s health suddenly deteriorated. As soon as the news was received, the Station Controller informed the ambulance at 108 number and the patient could get the necessary medical facility in time. The result of these efforts of  Lucknow Metro is that the confidence of the commuters towards Metro is increasing. The enthusiasm of the Metro staff is also increasing with the positive feedback of the passengers. 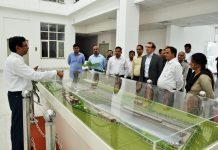 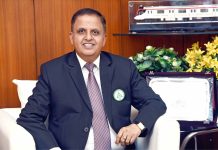