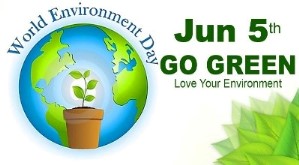 Lucknow: The Lucknow Metro Rail Corporation (LMRC) today observed the World Environment Day, 2015 by taking an environmental pledge at its construction site to keep the city clean and green in its every construction endeavor that it takes throughout the capital.

The Managing Director of LMRC, Shri Kumar Keshav, walked along the Metro corridor from Sringaar Nagar to Transport Nagar with LMRC and contractors’ engineers to check the efforts and initiatives put in as regards environmental issues on the project site.

He asked the officials to take every care of environment around them during his inspection of this dream project of the Hon’ble Chief Minister. He also stressed the project staff to undertake cleanliness and housekeeping activities on a mass scale and showcase LMRC as a model organization to follow on the environmental front.

The Managing Director conveyed his overall satisfaction on the environmental initiatives taken by LMRC from 1st June, 2015 to 5th June, 2015 wherein the organization undertook an environment campaign at its project sites in coordination with M/s Larsen Toubro Ltd. Under this campaign, special housekeeping and environmental awareness activities were undertaken to train site personnel on the ways of keeping the environment clean and green.