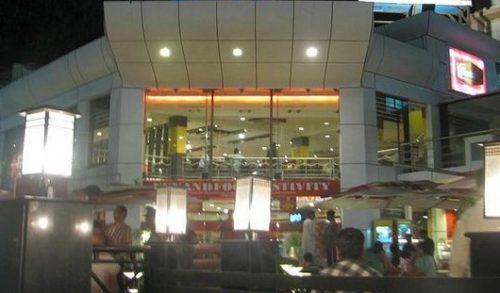 New Delhi: Lucknow Metro Rail Corporation (LMRC) is likely to invite bids for use of commercial space at eight of its stations on a revenue share basis for 10 years, on the lines of Delhi Airport modernisation.

Trial runs of the first phase of the ₹7,000-crore Lucknow Metro are expected to kick off in December.

“The contracts will have a reset clause at the end of 10 years, which will allow the Metro to re-invite bids on a revenue share basis,” Kumar Keshav, Managing Director, LMRC, told to Media.

The Metro which includes civil work is expected to start its run by December 1 on 8.5 km of the 23km track, said Keshav, who was in Delhi to receive the APJ Abdul Kalam awards for innovation in governance.

Asked how they managed to reduce the time taken for Lucknow Metro project implementation, Keshav, who was earlier with Delhi Metro, said they worked on civil construction simultaneously. For instance, apart from setting the foundation column on site, most of the other work was pre-cast site.

“Unlike most of the Metros in India, we had a common signalling and rolling stock bid. This allowed us to save time. We did this work in 65 weeks, instead of the 90 weeks done in Delhi Metro. We have also saved costs in the signalling system by one-fourth, as compared to Delhi Metro,” he said, adding that the cost of signalling systems for Lucknow Metro were 25 per cent lower than envisaged in the detailed project report prepared by the Delhi Metro.

Moreover, Lucknow Metro, which has an approved funding of € 450 million from the European Investment Bank, plans to draw down €100 million over the next few months, as the currency hedging cost will be borne by it. “We would like to delay the draw down of funds, as we have to start repaying the loan immediately,” said Keshav.

Meanwhile, LMRC is looking to use small and medium enterprises for use of solar power. While it cannot put solar panels on station rooftops as there are overhead wires that could be dangerous for people to access for cleaning the panels, LMRC plans to install panels with one mega watt capacity on the coach-maintenance depot. The contract is for supplying power for 25 years and it should not be more than ₹ 6 a unit, said Keshav.

At present, Lucknow Metro, which aims to start operations by this December, has an agreement with the Uttar Pradesh Power Corporation Limited for power purchase at the rate of Rs. 5.6/unit. 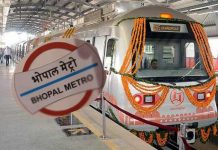