LUCKNOW (Metro Rail News): Lucknow Metro continues to win the heart of metro commuters with its commendable passenger service. City’s own Mass Rapid Transit System (MRTS) i.e Lucknow Metro not only assures safe and convenient travel for all Metro commuters but also takes the responsibility for their belongings in our premises. In 2020, Lucknow Metro returned Rs 7,00,000 (including DD worth Rs 5,32,286) along with more than 39 mobile phones, 8 laptops and other valuables to its rightful owners in just six & a half months of metro train operations (affected due to Covid-19 pandemic).
Since the commencement of metro services from CCS Airport to Munshipulia, UPMRC staff has left no stone unturned to meet the expectations of metro commuters with the timely & hassle-free return of these lost belongings to the passengers. There have been many incidents in the last year in which metro staff has exhibited honesty, dignity & sincerity while performing their official duties in the service of the public. This has further strengthened the bond of togetherness, trust, & goodwill amongst the commuters.
On 17th January 2020, UPMRC returned a bag with 1 lakh 10 thousand rupees left behind at baggage scanner machine at Hazratganj metro station belonging to a female passenger. After receiving her bag, she thanked & appreciated the metro administration & PAC deployed at the station.
“On September 09, 2020, a passenger Mr Prashant Kumar forgot his bag on the baggage scanning machine at Vishvavidyalaya Metro station containing a Demand Draft of Rs. 5,32,286. Later, on realizing that he had forgotten his bag, he rushed back to the metro station fearing he had lost it. But on reaching the station, he was informed that he need not worry and that the bag was in safe custody. The on-duty security guard had submitted his belongings to the Station Controller and after due verification, the bag was handed over to its rightful owner”, a statement added.

“Mr Prashant was so thrilled with the professionalism of the Metro staff and thanked them for their exemplary services. On September 29, 2020, a handbag containing a gold bangle and Rs 16,220 rupees was returned to Anju Aggarwal, Advocate, Lucknow High Court. She lost her bag inside the train on March 09, 2020, while travelling in the metro, since then the bag was unclaimed and kept at the “Lost and Found” cell of UPMRC“, it added.

“UPMRC staff contacted her with the help of her visiting card found inside the bag & returned her valuables timely & conveniently. She also thanked the Lucknow Metro staff & gave a letter of appreciation for their dedication, commitment & integrity while terming its services as ‘A Trustworthy Companion”, an official said.
Mr Kumar Keshav, MD, UPMRC said, “It is our prime responsibility to provide a safe and comfortable travel experience to our commuters. We assure the people that not only them but also their belongings are safe & secure in our Metro system. On the humanitarian aspect, Lucknow Metro’s whole staff has discharged their duty responsibly to meet the expectations of the public. With the co-operation from the people, Uttar Pradesh Metro Rail Corporation Limited aims to provide a safe, secure and a barrier-free travel experience to all.” 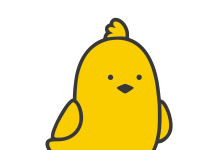