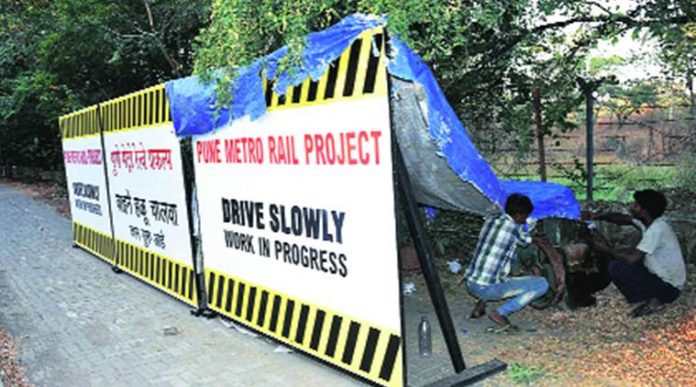 Maha Metro: The Maharashtra Metro, which is overseeing work on the Pune Metro, wants to accelerate the construction of the two railway corridors proposed, but since the Pune Municipal Corporation (PMC) has not delivered land for the project, it is likely that delay The Maharashtra Metro has been demanding 16 parcels of land for the project, but the PMC has approved only three parcels.

“We are in constant contact with the PMC officers and we are tracking the proposal for the transfer of land daily, and we hope that the land will soon be transferred to the Pune Metro Rail project,” said a Maharashtra subway official.

He said he had started work on two corridors of the Pune metro, from PCMC to Swargate and Vanaz to Ramwadi by a distance of 31,254 km.

“There should not be a problem in the development of the metro railroad, but the stations would require land and work could begin only after the PMC delivers the land wherever the station is proposed,” the official said.
PMC land officer Satish Kulkarni said the civic body has begun the administrative process to deliver the land to the Maharashtra subway. “The PMC is consulting the civic department interested in possession of the land and will make a decision,” he said.

According to sources, the PMC had promised Maharashtra Metro to land in Wanowrie to establish its office, but now the civic body has said it will not be able to do so.

“The Pune Metro information center has been planned for the convenience of the residents.The location was supposed to be a place with good visibility.The Maharashtra Metro had demanded land in Sambhaji Garden on JM Road, but the PMC refused to say that it can not be given for any construction because of an order from the National Green Tribunal (NGT), “Kulkarni said, adding that the information center is now being created in Peshwe Garden near Sarasbaug, for which the PMC has delivered the earth.

The Maharashtra Metro requires land in Vanaz Kothrud to build a Metro Repository, but the PMC must still make a decision, since a monument to Shivaji is planned there. The Metro has also demanded a large parcel of land in Swargate, but the PMC has only offered to give half the requested size.