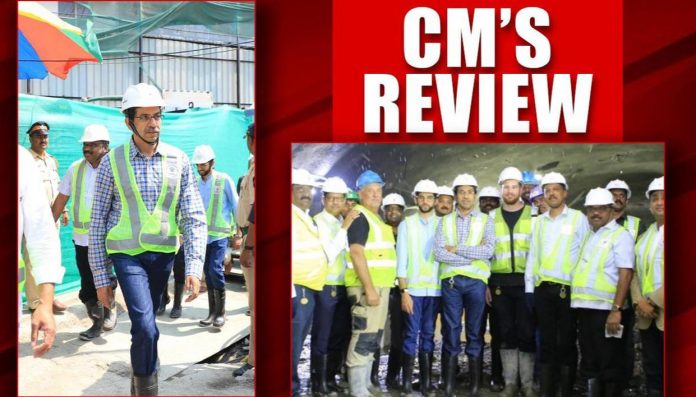 CM also investigated the work details from Metro employees working at the project. The total growth of the construction in the Mumbai Metro 3 project currently stands at 59% and the progress of tunnelling stands at 63%. At the same time, the development of Sahar Metro station has been 48%.

MMRC which is implementing the Colaba-Bandra-Seepz corridor last year had declared that 100% tunnelling work of the project would be finished by September next year. Besides this, the Corporation hopes to complete 70% of civil work and get the first rolling stock by December 2020, MMRC stated in a statement.

CM Uddhav Thackeray back in December had put a stay on the metro car shed proposed at Aarey colony, touted as the lungs of the city. The almost Rs 30,000-cr project will connect Cuffe Parade business district in the extreme south of the town to PZ in the north-central with 26 underground and one at-grade station.

JSPL Continues To Shine Under The Leadership Of Mr. V R Sharma

JSPL Continues To Shine Under The Leadership Of Mr. V R...