Kerala state party president K Surendran conferred this in a press conference on Feb 18, 2021. He is joining BJP ahead of the upcoming assembly election.

Metroman formally join the party during its Vijay Yatra that will be led by Kerala BJP chief K Surendran from February 21, 2021.

Sreedharan, who is leading a semi-retired life in his ancestral home in Ponnani (Malappuram) district, confirmed the report.

In a recent interaction with Newspaper, He Said that It is true, I will join the BJP. I have been staying in the state for the last ten years and observing the political climate. Both fronts, ruling LDF and opposition UDF, are interested in furthering their organizations.

“I wanted to do something for the state. I alone cannot do things. BJP is different from other parties that’s why I joined the party. The state has immense potential, but development takes a backseat always. If I can do something positive, I will be happy,” he added.

He said party state leaders had approached him last week and he agreed to their suggestion. When asked whether some central leaders have called him, he refused to comment

“They suggested me to contest in the upcoming assembly election. I agreed to this also. It is for the party to decide where I should contest,” he said. The veteran engineer said he will be into healthy politics and not interested in mere mudslinging or gimmicks.

Wielding enough respect and standing, his entry will be a big boost to the saffron party in Kerala where the party remains a distant third-runner.

The Indian engineer acquired the sobriquet of the ‘Metro man’ of India after he oversaw the launch of the metro rail project – a showpiece of the modern urban infrastructure.

Sreedharan’s entry into ruling Bharatiya Janata Party comes ahead of the state’s legislative assembly elections this year as the party faces a bitter fight with Kerala’s chief minister-led Communist Party of India (Marxist) – a key player in an alliance of United Democratic Front (UDF).

The 88-year-old Sreedharan was the first Managing Director of the DMRC since its inception and played an instrumental role in the completion of the project within the budget and well ahead of schedule.

He has remained principal advisor of Delhi Metro and other metro rail projects such as Jaipur, Lucknow, Kochi, etc in India.

He was appointed as a principal consultant for the proposed Kozhikode and Thiruvananthapuram light rail projects.

Delhi Metro uses some of the most advanced technology in the field of civil, electrical, signalling and telecommunication engineering worldwide.

Delhi Metro started its services in 2002, and has increased its network to about 389 km with 285 stations (including Noida-Greater Noida Corridor and Rapid Metro, Gurugram) in record time. The rail connectivity has boosted the idea of public transport in the national capital as the network is used rapidly by millions every day for office, school, business and daily commute.

The network connects people of the National Capital Region (NCR) to Delhi by including stations in Noida and Ghaziabad in Uttar Pradesh, Gurgaon, Faridabad, Bahadurgarh and Ballabhgarh in Haryana.

The Delhi metro makes 2,700 trips per day with average daily ridership at 2.86 million, who on an average travel a distance of 17 kilometres each, the rail network had said in its release.

Born on June 12, 1932 in Palakkad district of Kerala, Sreedharan has been among the driving force behind some of the most successful railway and metro projects in India. To his credit, he also has the successful construction of Konkan Railways – the largest rail project in India after independence by linking the west coast of India.

Sreedharan graduated from the Government Engineering College, Kakinada, and later joined the Indian Railways in its Service of Engineers.

He has been conferred several honours, including the country’s fourth-highest civilian award Padma Shri in 2001. The Time magazine named him an Asian Hero in 2003. 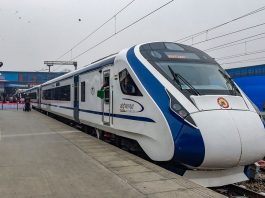 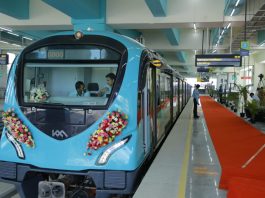