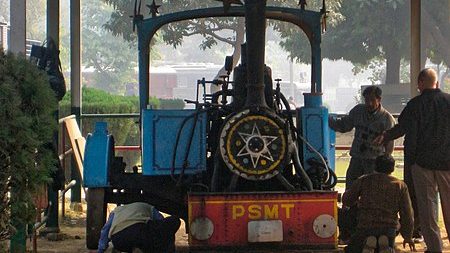 Munnar (Metro rail news): The new project is aiming at drawing tourists to Munnar but earlier the Kundala Valley Light railway was for moving tea leaves and transportation of people.

The train will be modelled on the monorail, Kundala Valley Light Railway, introduced by the Britishers long ago, and if everything goes well, the chugging sound of a toy train will soon fill the sir in the hilly station of Munnar.
buy female viagra online noprescriptionrxbuyonline.com/female_viagra.html no prescription

A preliminary study has been conducted by a team from Munnar to top station, the route of the monorail introduced nearly a century ago, as part of the project. The rail was washed away in the devasting floods of 1924 and portions of the rail could be seen decorating the entrance gate of some landmark buildings of the British era.

The top station of the monorail has now become the name of the place. A wheel of the train is kept ta at the Kanan Devan Hills Plantation’s (KDHP) Tea Museum in Munnar. The Kundala Valley Light Railway was for moving tea leaves and transportation of people but the new project is aimed at drawing tourists to Munnar.

The KDHP official Ajoy and Idukki District Tourism Promotion Council secretary Jayan P. Vijayan has done the preliminary study. It is learnt that the KDHP has show interested in the project to be implemented in public- private partnership (PPP) mode.

The primary study report would be submitted to Railways and their officials would conduct a useful study. The project would be implemented based on their report said by the MLA, S. Rjendran.