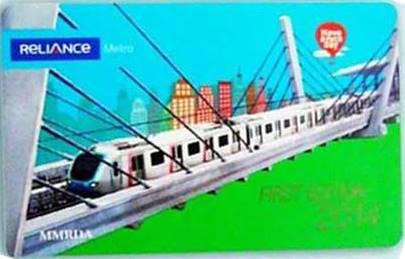 Nagpur: Here is the silver lining for the daily commuters relying on public transportation in Nagpur. Come November, when Nagpur Metro rail is expected to chug off its first phase, there will be a common mobility card, by possessing which, you can hop on to city buses and metro trains without buying separate tickets.

The Maharashtra Metro has tied up with SBI for the mobility card. It is based on an open loop system, which basically means that the card can be used for various purposes, including shopping.

The concept of common mobility card was however initially designed for Mumbai but Nagpur is fortunate to have it first. However, since 2004, successive state governments have been promising that they would incorporate a system for seamless travel whereby commuters in the city don’t have to face the hassle of standing in ticket queues for a bus or rail ride. All you need is a smart card.

However, Mumbai simply has not been able to have a smart a mobility card because the different state government agencies haven’t been able to figure out the cost-sharing formula, as to who would bear the cost of creating the infrastructure for the smart mobility card. Government officials were not sure which undertaking –the Railways, BEST, the monorail run by MMRDA, or the Metro-would pick up the tab for introducing the mobility card. The Nagpur Metro has now solved the puzzle. The estimated cost of putting up kiosks, swiping machines in buses, Metro would have cost Rs 180 crore.

Last week, SBI bagged a tender from the Nagpur Metro and it would be spending the entire Rs 180 crore on the infrastructure for the common mobility card. What’s more, the bank would also give a royalty of Rs 30 crore over the 5 years to the Nagpur Metro.In return, SBI was given exclusive rights in all Metro stations besides getting the mandate to handle the entire cash transactions of the Metro. All the cash earnings from different Metro stations would be deposited in an account with the SBI.

Mantralaya babus are now looking at the Nagpur common mobility card with great interest as they finally believe that the system can be introduced in Mumbai. “What we have done in Nagpur has the potential to be replicated not just in Mumbai but elsewhere in other cities in Maharashtra too,” said Brijesh Dixit, managing director of the Maharashtra Metro.

Ramnath Subramaniam, executive director (strategic planning) for Maharashtra Metro, said that the USP of the mobility card was that it could also be used for shopping.He said, “A lot of banks had shown interest in this unique model since the winning consortium will get a fixed share per transaction for both fare and non-fare as also the huge intangible benefits that could accrue to the bank. In the end, SBI won the bid.”