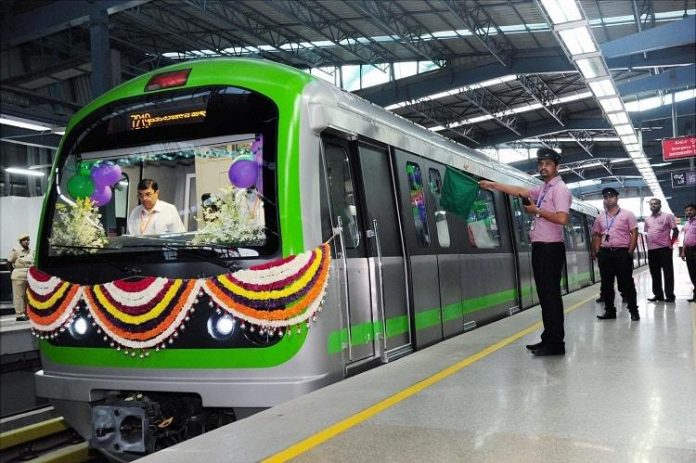 BENGALURU (Metro Rail News): Good News for Bengaluru Metro Commuters, Namma Metro to begin trails of Common Mobility Card from January 1, 2020, which can be used to travel on Metro & Buses. It is lone time demand of Commuters.

Common Mobility Can be used in Bus and Metro

People using BMTC buses and Metro trains on the Majestic-Whitefield route will be able to flaunt the cards for cashless rides. A person looking to travel from Nadaprabhu Kempegowda Metro station to Byappanahalli can use the same card to board the Metro and then a BMTC bus from Byappanahalli towards Whitefield.

We were planning to stars the trial of the Common Mobility Card by November 1. BMRCL had said it would open four gates for automatic fare collection (AFC) at Nadaprabhu Kempegowda and Byappanahalli stations on a pilot basis.

The central government launched the National Common Mobility Card, also known as ‘One Nation One Card, in March for seamless travel through various modes.

BMRCL has a closed-loop card since it began Metro operations, while BMTC has two, Axis Bank open-loop card and City Cash closed-loop card. Closed-loop cards, like those used in Metro, cannot be swiped for other purposes. Open-loop ones are universal and come handy for shopping and paying for parking; they can be integrated with various transport modes, including taxis.