According to the MMRDA, The contractors will be finalized by May 2020.

We don’t anticipate any major hurdles to the project despite the change in the government in the state.

the BKC terminus is to be built underground, above it will be erected the IFSC building. The tender for the project had been delayed as the MMRDA had sought relaxation in the height for the buildings in BKC so the centre could have more floors—the height of buildings in BKC had been capped at 61m and the MMRDA wanted the limit increased to 96m.

The idea behind pushing for more floors is to maximize the generation of revenue from the financial services centre. “The issue has been resolved last and the NHSRCL has already floated the tender for the BKC terminus,” said metropolitan commissioner R A Rajeev.

IFSC building will come upon a 50-hectare plot, while the underground terminus will be built on approximately 4.9 hectares.

“The terminus will have three island platforms to accommodate six trains simultaneously. Each platform will be 480m long to accommodate 16-car train,” said a senior MMRDA official.

“The contractor will be finalised by May 2020 and will take at least two years to construct the terminus with cutand cover techninology.”

Initially, only four platforms will be used, but provision has been made for two more in case a high-speed train is run on the Mumbai-Nagpur route. An official said, “The lying time for the train is 20-25 minutes, hence the need for six platforms.”

The terminus will have three basements: The first level will have the ticketing area, passenger amenities and clearance, the second level will have room for all utilities, including AC plants and other train-related systems, and the platforms will be on the third level. The terminus will be integrated with the Metro 2B Dahisar-BKC-Mankhurd corridor, while they plan to also link it with the underground Metro 3 Colaba-Bandra-Seepz network is yet to be worked out.

The foundation stone-laying ceremony for the project was done in September 2017, in Ahmedabad and PM Modi has set August 15, 2022, as the deadline for services to commence. However, there are indications that Phase I may operate only between Billimora and Ahmedabad on this date as the land acquisition poses a serious challenge in Maharashtra. 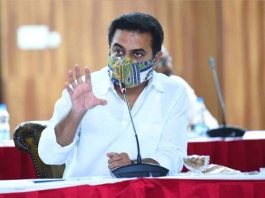