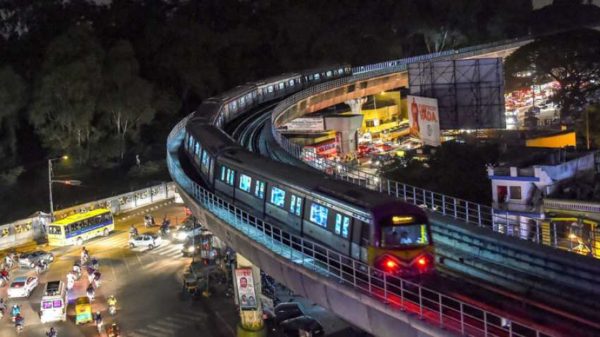 BANGALORE (Metro Rail News): After the Cabinet Committee on Economic Affairs (CCEA) approved the Haryana Orbital Rail Corridor , a group has started talking about the Bengaluru suburban rail project alleging that the Centre is not giving due weighatage to Outer Ring Road-Kempegowda International Airport (KIA) Metro corridor. Some have started taking the matter to social media.

The 37-year-old suburban rail proposal, which was also announced in the 2018-19 Union budget, is awaiting CCEA clearance since November 2019. While BMRCL invited tenders for ORRKIA Metro line, it is yet to be finalised and it is waiting for a nod from Central Government.

Union housing and urban affairs minister Hardeep Singh Puri in Parliament said approval for ORR-airport Metro depends on the feasibility of the project and availability of resources and no time limit can be specified for its sanction.

The other group is saying that the Centre has cleared Metro projects in smaller cities like Kanpur, Agra and Nagpur without delay but it is not taking the same way for Bangalore. After the Pandemic came which has hit the economy badly, the government seems in no mood to expend much.