The station project will require an investment amounting to INR 556.8 Crores and to be redeveloped on a Design-Build-Operate-Finance-Transfer (DBFOT) model in two phases.

The objective of the station redevelopment project is to equip it with state-of-the-art amenities like segregation of arrival and departure, air-Concourse, foot-over bridges, lifts and escalator, conducive facilities for the specially-abled passengers to ensure a hassle-free travel experience.

As per RLDA, the redevelopment process involve two components –

The cost of Phase 1 redevelopment is estimated at INR 442.5 Crore over 3 years, whereas Phase-2 is expected to incur INR 114.3 Crores over 2 years.

According to Shri Ved Parkash Dudeja, Vice Chairman, RLDA, “Lucknow is among the fastest-growing cities in North India. The city is home to several manufacturing and processing units and possesses a robust administrative, banking, and financial network of institutions. The redevelopment of the Lucknow Railway Station will augment the tourism potential and lead to employment generation. It will also boost real estate in the vicinity and have a formidable socio-economic impact on the region.”

The pre-bid meeting for developers held on 9th April 2021 elicited good participation, with many Developers from all over the country evincing great interest in the prestigious project. The deadline for the submission of Request for Qualification (RFQ) from intending bidders is 24th June 2021.

The design shall be incorporating the Green Building concept and shall adhere to the life-cycle cost minimization approach, which will be the hallmarks of the newly-redeveloped station. At the same time the heritage look of the existing grand station building will be retained.

The bid intends to pre-qualify and short-list suitable applicants who will be eligible for participation in the bid Stage. The concessionaire will be mandated to undertake up-gradation and redevelopment of the Lucknow Railway Station, including the ‘Station Component’ or ‘Mandatory Component’ and the ‘Station Estate Component,’ followed by its operation and maintenance.

Under the Railway Station Redevelopment Program of the Union Government, 400 railway stations in India will be redeveloped to provide them world class stature in terms of providing improved amenities to the passengers. 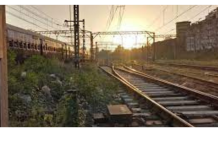