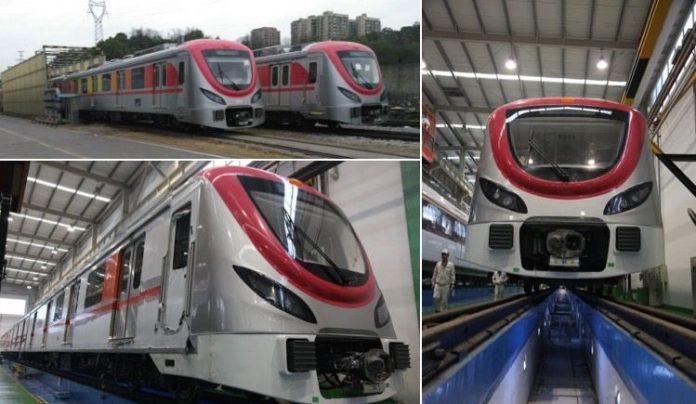 MUMBAI (Metro Rail News): The final CMRS inspection for Navi Mumbai Metro (NMM) has been scheduled for the 7th and 8th of March. This the final test for NMM and once the metro receives the certificate, the decks will be opened for commercial operation on Phase 1 of Line 1 of the metro which stretches from Belapur to Pendhar covering around 11 km, with 11 stations and a depot at Taloja.

The City and Industrial Development Corporation of Maharashtra (CIDCO) was appointed for this project. The rolling stock (coaches, electrical) of CIDCO’s Navi Mumbai Metro was approved by the Railway Board of the Government of India.

To strengthen the public transport system in Navi Mumbai, CIDCO has developed four elevated routes under the Navi Mumbai Metro and the MahaMetro was appointed by CIDCO to provide engineering assistance for the Belapur- Pendhar route. Previously the Metro has completed trails related to oscillation, electrical safety, emergency brakes, etc. successfully and has obtained the certificates from the RSDO. Once this metro is on and running it will be a major support to the commuters of the city