New Delhi, India (Metro Rail News): The construction work for two more bullet trains is also likely to commence in 2022-23. In addition, according to government officials, the Centre can announce the New Delhi – Varanasi high-speed rail corridor in the Union Budget 2022-23. The officials have announced based on anonymity and added that the Mumbai-Nagpur corridor also depends on the rail ministry for clarification on funding.

National High-Speed Rail Corp. Ltd (NHSRCL) makes the DPR for the New Delhi-Varanasi corridor. And is submitted to Railways in November only. Moreover, according to the NHSRCL, the DPR for Mumbai-Nagpur will be completed and will be forwarded to Railway Ministry in the first quarter of the next fiscal year. They also mentioned that DPRs for five more Bullet train projects are also going well and may be completed by Fiscal Year 2023. However, the railway Ministry has yet not responded to the email.

Delhi-Varanasi project costs around 1.5 trillion, whereas Mumbai-Nagpur is slightly less than the former. The spokesperson of NHSRCL also added that the DPR of the New Delhi-Varanasi corridor is based on multiple studies like land requirements, impact on surrounding villages, expected ridership, social impact assessment etc. NHSRCL executes India’s first Bullet train project between Mumbai-Ahmedabad, but the progress is relatively slow due to acquisition or route alignment. The 500 km plus section involves an investment of more than 1 trillion with trains plying at close to 300Km per hour, and they use the Japanese E5 Shinkansen technology. The trial run on 50Km sections between Surat to Vilimura is expected to occur in 2026. Apart from this, the other seven bullet train projects which got the nod from the Centre are as follows: Chennai-Mysore, Delhi-Ahmedabad, Mumbai-Hyderabad, Delhi-Amritsar, Varanasi-Howrah, Mumbai-Nagpur, Delhi-Varanasi. The national transporter also invites the private sector to run trains on the Indian Railways network. 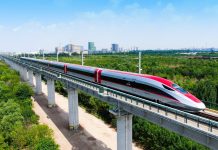 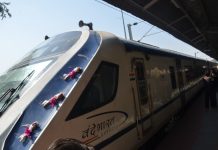