Initially, Uttarakhand Government planned a Metro system for the Dehradun-Haridwar Metropolitan area for which Delhi Metro Rail Corporation prepared a DPR in January 2020 as per Metro Rail Policy 2017 issued by Ministry of Housing & Urban Affairs (MoHUA), Government of India.

It recommended a Metrolite system for all the four corridors including two corridors in Dehradun city (North-South corridor from ISBT  to Kandholi and East-West corridor from FRI to Raipur). However, no decision could be taken on this DPR due to various factors including high cost. In the meantime, Ministry of Housing and Urban Affairs (MoHUA) has recently issued standard specifications of Metro Neo in November 2020.

First project of Metro Neo has been planned in the city of Nashik, Maharashtra. The cost of Metro Neo being much less than Metrolite. It has been decided in a meeting chaired by Chief Minister of Uttarakhand on 29th January 2021 that Metro Neo should be examined for implementation in place of Metrolite in Dehradun city for both corridors (N-S & E-W) except the stretch of NS corridor on Rajpur road.

In view of the above, the DPR for Metro Neo has been prepared in house by Uttarakhand Metro Rail, Urban Infrastructure & Building Construction Corp. Ltd. based on primary & secondary traffic data collected for the DPR of Metrolite including Topography survey and Geo-technical investigations etc.

Cost estimations in this DPR are broadly based on Nashik Metro Neo DPR. Considering an escalation at 5% per year. As decided, the stretch on Rajpur Road, from Gandhi Park to Kandholi, has been excluded and N-S corridor considered in the DPR is only from ISBT to Gandhi Park (8.523 Kms).

The stretch of 2.52Kms (Gandhi Park to Kandholi) on the Rajpur Road will be served either by running the Metro Neo coaches as battery operated buses at grade in shared access with other traffic or by some other suitable mode of transport so that there is no impact on the ridership estimated in the DPR of Metrolite and same ridership estimation and projections have been taken in the new DPR.

Dehradun Metro Neo Project comprises of two corridors. They are – 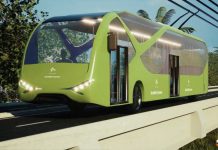 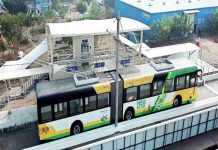