Last week, Germany announced that it will introduce train cars for women and children only to provide a secure space for female passengers.

That’s an idea that other countries have tried. And it’s not always a popular plan. An essay in Quartz published in 2014 argued that the women’s car confines women to the “periphery of public spaces” and reinforces gender roles.

I’m a regular passenger in a women’s car. And I disagree.

The Delhi metro rail is by far my favorite mode of transportation in the city, thanks in part to the ladies’ car. Each train has either six or eight coaches, of which one is reserved for women. It is the only public space in the city where men are on the periphery. It is a joy to see so many women, most of them young — students and working professionals — and from all economic backgrounds, traveling together, free from the male stares and aggressions that assault them elsewhere in the city.

The body language of women in this car feels different. They look carefree. Some listen to music on their headphones or read a book or newspaper, rarely looking up. They don’t have to worry about being groped or stared at by creepy men. Women traveling in groups often speak loudly as they catch up with friends or colleagues, gossiping, laughing, discussing school, work or family problems, even taking selfies! Some will strike a sexy pose, smiling and tilting their heads in ways they wouldn’t dare to outside the women’s car.

Safety is why this car exists. On a daily basis here, women in public spaces are disrespected by men. On buses, men push women or pretend to fall on them, says Neetu Singh, 27, a primary school teacher and a regular user of the metro rail system. It is a pretext to touch women inappropriately. This is common in other Indian cities, which is why commuter trains in Mumbai and Kolkata have had women’s cars for decades. Here in Delhi, the metro rail system was launched in 2002, but the women’s car wasn’t added until 2010, after complaints of sexual harassment.

Some women who commute on the metro think men behave better on the metro than on the streets and buses. This may be true. The stations and trains are new and well-maintained, unlike the streets of Delhi. Perhaps that puts people on their best behavior. Besides, the stations have heavy security and surveillance cameras.

Still, there are incidents of sexual assault. “I’ve been groped in the general compartment,” says Jyoti Kulchander, 23, a student and a regular commuter. She did not feel comfortable sharing details. There are no data on sexual assault on the metro, but occasionally some women do report an incident.

There is an unintended consequence of the women’s car. Some men think women simply shouldn’t ride in the general compartment. But to me, the women’s car asserts women’s right to having their own space in public. This is a new concept in this city, as evident from the many men who often end up in the women’s car, unaware that it is illegal for them to ride there. Maybe they missed the signs in pink. Or maybe they can’t read.

I once watched with irritation as two groups of men rode along in the women’s car. In my hometown, Kolkata, this would have led to yells and probably physical violence by the female passengers, who no doubt would have tried to push the men out. But none of the women in this car asserted their right to this space. Disappointed at this lack of protest, I walked over to the men and told them to leave. The younger men, who seemed to be in their 20s and looked like recent migrants to the city, left immediately. The older men stared at me and remained sitting. I called the metro police. As I left the train, I watched a policeman enter the car and talk to the men, asking them to leave or be fined 250 rupees (about $4). I couldn’t see how the men reacted, but I was satisfied.

It would be wonderful if men learned to accept women’s presence in public spaces without feeling the need to harass them. We wouldn’t need the ladies’ compartment then. But until they do, the women’s car is one good way for us to assert our right to public spaces. I can’t speak for my sisters in Germany, but women here in India’s capital love the women’s car. They don’t have to worry about wearing a sleeveless shirt, or how loudly they laugh or talk. The space is theirs, and they feel safe and comfortable. 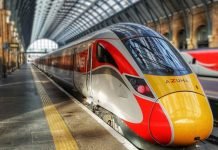 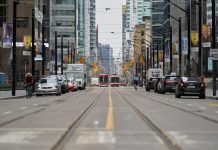 Urban Mobility Redesign and Rethinking During the Coronavirus Pandemic

It’s possible to unlock safe urban mobility during a lockdown