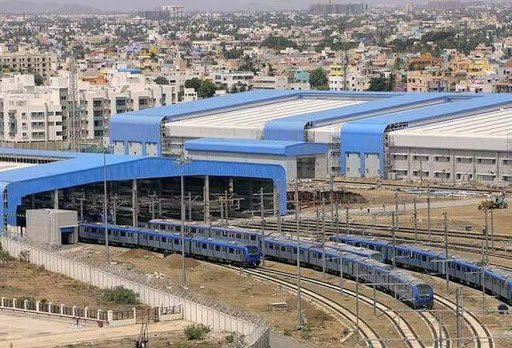 CHENNAI (Metro Rail News): Chennai Metro plans to remove the fencing between Egmore Metro station and the suburban platform so that passengers can quickly walk across while changing their mode of transport. As per the officials of CMRL, now if people exit the station, then they have to cross the parking lot climb the foot over-bridge and then get to the suburban platform of Egmore Railway station.

“If we remove the iron fencing, they can reach the suburban platform immediately. We didn’t earlier foresee that passengers would have to take a circuitous route to reach that platform. The idea of providing inter-modal connectivity is that passengers should never feel the strain of switching from 1 mode of transport to another. In the coming weeks, we will remove the fencing and put up signage as well,” said an official.

Presently CMRL has also inter-linked the concourse level of Egmore Metro station to the foot over-bridge that would take passengers to the suburban platform of Egmore Railway station. The pathway from the concourse level that would lead passengers to the lift and it would take them to the foot over-bridge said, officials. They have installed signage at many places to supervise passengers as well.