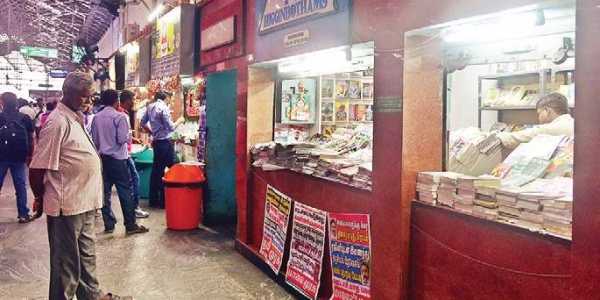 KOCHI (Metro Rail News): Commuters taking the Kochi Metro usually spend minutes at the station and on the train. Mostly choose to use the phone is an option to pass the time. For them, Kochi Metro has come up with the plan to open bookstalls at some major stations. The aim of this idea is to allow people to purchase books and help them make better use of the time while waiting to reach their destinations.

KMRL will grant licences for running bookstalls at the Aluva, Edappally, M G Road and Maharaja’s College metro stations. It has also invited ‘Request for Proposal’ from interested parties for licensing bookstall spaces inside the selected metro stations. The licence would be allotted for a 7-year period.“The primary responsibility of the bidder would be developing a bookstall with a state-of-the-art facility in the available space,” stated a Kochi Metro officer.

After getting inputs from passengers on their preferences Kochi Metro decided to float tenders to start bookshops.“During an interactive session, several commuters pointed out the lack of entertainment throughout their journey. We also realised that there were many commuters who did not want to be stuck to their mobile phones to pass time while travelling.

Interestingly most of them recommended books as a solution,” declared a KMRL officer. He said that a Thykoodam-bound commuter who enter the train from Aluva metro station spend 40 minutes inside the metro train. “Hence, we are not looking for a big book shop that offers commuters the space to sit and read.

The concept is to start a state-of-art bookstall with a good collection of books. We know there are few good airport reads (books to read while waiting at the airport). We hope to grow a similar culture with our commuters and nurture the readers in them,” told the officer. He added KMRL was expecting some leading publishing houses to show interest in setting up the facility inside the metro stations. The bidder can also quote for one or more locations.