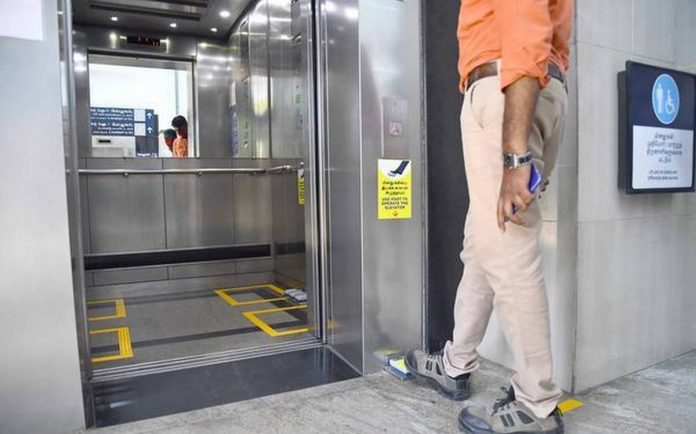 “32 stations along the 45km phase-1 will have foot-operated elevators by the end of this week. The nine stations coming up in Phase-1 extension, which will be ready at the end of this year, will also have similar elevators”, said one official. A metro rail official said they have installed the devices in three elevators at 20 of the 32 stations. This includes Alandur, Central and Airport which attract more footfall.“Within a week, we will complete installation in other stations,” he added.

With the new mechanism, commuters using the elevators could simply tap a button on the floor of the lift with their feet and reach the concourse or platform levels. In May, metro rail had installed foot-operated elevators at its head office in Koyambedu. After receiving feedback from the users, it began installing them at the stations. All stations have two to four lifts that take passengers from the street level to concourse and then to platform levels.

Officials said all the nine stations in the 9km phase-1 extension that would link a part of North Chennai will be opened with such foot-operated lifts. Metro rail launched a few other facilities for contactless travel. It includes QR-code tickets, which could be purchased through the metro rail app, and travel card readers where passengers could simply tap their smartcard to recharge.