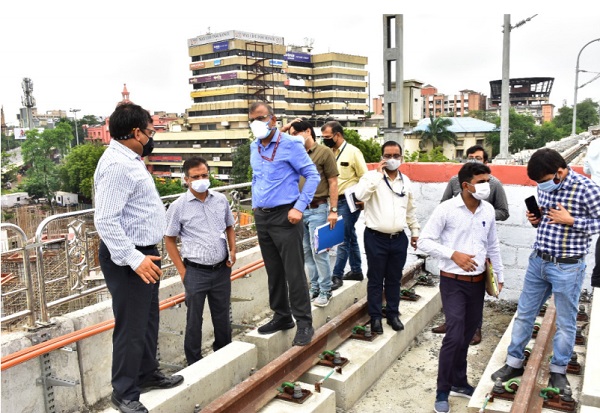 According to the press release of Maha Metro (Maharashtra Metro Rail Corporation Limited), the Commissioner and his team had conducted an Inspection between August 3 and 5 and had expressed satisfaction over the passenger amenities and safety arrangements of the two stations.

CMRS has also certified the Zero Mile Freedom Park and Kasturchand Park stations. The two stations are located in the historical part of the city having iconic structures like Sitabuldi Fort, VidhanBhavan, Reserve Bank of India (RBI), etc.

They are close to Civil Lines, which has large number of government, semi-government and private offices and Sadar, which is one of top commercial areas of the city.

The two stations have washrooms for passengers, drinking water dispensers, baby care rooms, special toilets for divyangs, lifts, escalators, etc. All type of safety equipments have been installed in the two buildings.

Recently, Maha Metro also floated a tender to construct a 20-floor tower near Zero Mile, Civil Lines. The Zero Mile Freedom Park station will be housed inside this building.

It will comprise of 4 parking floors, which includes 2 basements, one Ground level and one mezzanine level, one station concourse level for Ticketing and retail shops, one platform, one technical floor and 13 floors for commercial space above the station.

This tower will be an iconic building giving a new skyscraper to the city of Nagpur. The tower is being built near the iconic Zero Mile Stone monument, as it is the centre of India and the most important landmark of Nagpur.