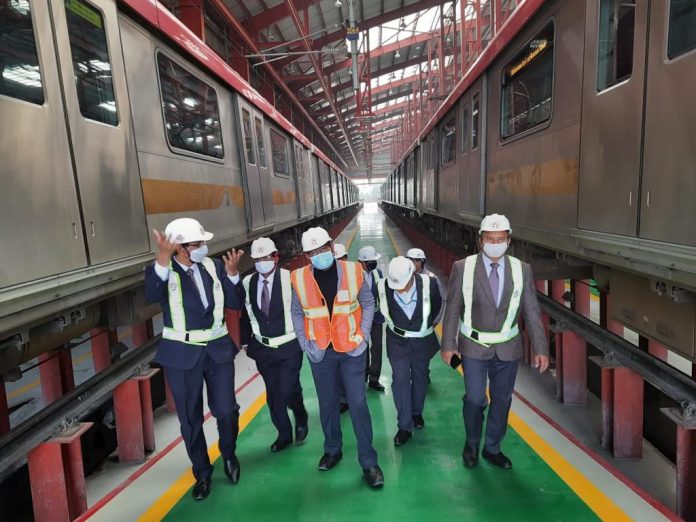 “The CMRS then inspected and travelled in the driving cab of Metro Train from Transportnagar Metro station to Hazratganj metro station and inspected track safety including all other safety aspects of metro stations, passenger safety, track safety, track structure, electrical systems etc. He also interacted with Train Operators, Station Controllers and checked their safety awareness and was satisfied with their response”, an official said.

“The inspection was followed by a meeting with Shri Kumar Keshav, MD/UPMRC at UPMRC Administrative Building, Gomtinagar in which various safety aspects in upcoming projects of Kanpur and Agra Metros were discussed. He expressed his happiness on excellent progress of the ongoing metro projects and the approach being taken for passenger safety and facilities in these projects”, the statement added.