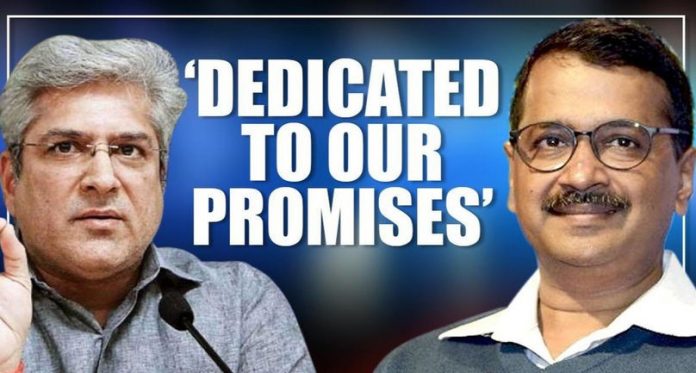 New Delhi (Metro Rail News): The Delhi Transport Minister Kailash Gahlot said the Aam Aadmi Party will remain committed to his promise, the free metro scheme for the Delhi women. Speaking to Agency, Gahlot said the Delhi govt will pursue the Central government for the implementation of the scheme.

Last year on June 3, Delhi Chief Minister Arvind Kejriwal had made an announcement that women can “enjoy free rides on public transport” in the national capital, including the Metro and DTC buses. Where the Aam Aadmi Party carried out the free ride scheme for women in the DTC and cluster Delhi buses in October, the same scheme for Delhi Metro is yet to take place.

The Delhi and the Central both governments fairly own the DMRC and for any decision, the two need to be on the same page. Delhi went to polls this month and the AAP was reappointment. The Cabinet Ministers remained the same with minor changes in the portfolios.

Gahlot remains to have the Transport Department in the new government. He told his party received a clear mandate as the party had served for the people in the previous five years.

“We have been loved by the people for our work. This was the first election where voters were given for work. We have started the work already and the focus will be on the promises we have made in the elections,” the Minister and the MLA from the Najafgarh Assembly constituency said.

Kailash Gahlot has set a new record by being elected again for the seat. Najafgarh Assembly constituency, having a sizable population of farmers and traders, had never repeated an MLA before.