New Delhi: On 5 July High Court issues the notices to Central Industrial Security Force (CISF) and Delhi Metro Rail Corporation (DMRC) for two clubbed PIL.The first petition was filed by Puran Chand Arya which was clubbed by the court with a second PIL which was filed for New Delhi Municipal Council’s contractual sanitation workers who had dumped garbage outside prominent government buildings like the Rail Bhavan and the Shastri Bhavan in Lutyen’s Delhi, demanding regularization of jobs and better wages. On Thursday Bench directed that both the matters should be heard together. 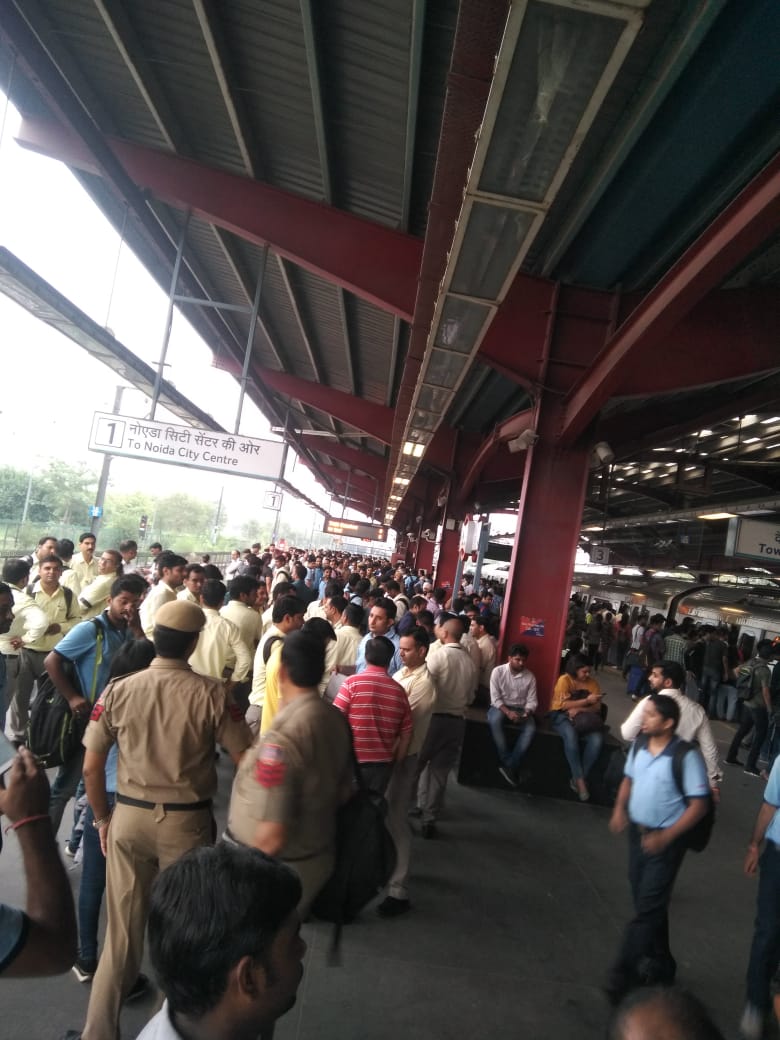 A bench of Acting Chief Justice Gita Mittal and Justice C Hari Shankar said referring to such protests that all of them should go to jail because of whom public had suffered a lot.

On Thursday the bench issued notice to the Centre, Delhi Metro Rail Corporation (DMRC), Central Industrial Security Forces (CISF) and the police to take their stand on a first PIL demanding action against all those who were responsible for the alleged stalling of metro train services in the city on May 31. Due to which metro services were also affected from Janakpuri to Dwarka sector 21.

Investigating police officer said that the Services on the metro’s Blue Line – running between Dwarka Sector-21 and Janakpuri West –were temporarily halted on May 31 after metro staff and Central Industrial Security Force personnel got into a scuffle over a parking dispute. The station manager accused a CISF sub-inspector of assaulting him when he objected to the officer parking his motorcycle in a specific area.

The metro services were disrupted for a few hours on Delhi Metro’s Blue Line, due to scuffle between DMRC and CISF staff over a parking issue at the Dwarka Sector 21 metro station in southwest Delhi.

According to the petition, a scuffle occurred around 12.30 pm on May 31 after the DMRC and CISF staff got into an altercation with station manager. As CISF staff  have parked their vehicle in an unauthorized zone outside the premises of the metro station.