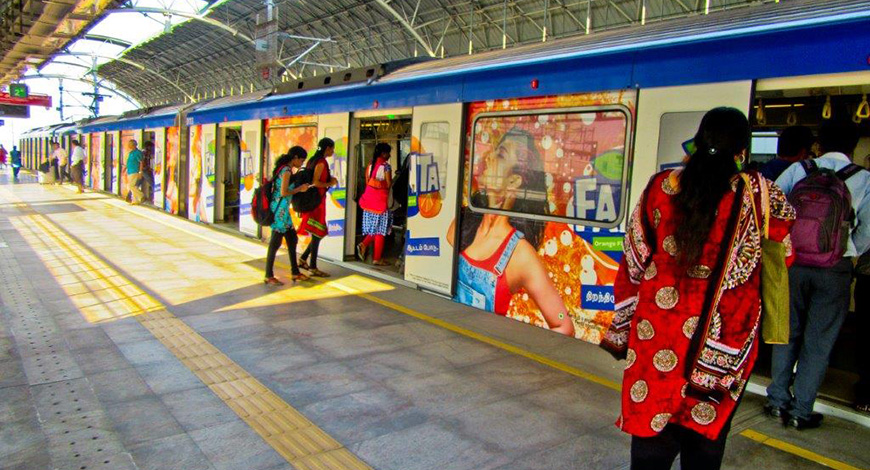 New Delhi: The Delhi Metro Rail Corporation (DMRC) on Monday refused to defer metro fare hike despite Delhi chief minister Kejriwal’s opposition to it. The board members discussed Kejriwal’s proposal but decided to go ahead with recommendations of Fare Fixation Committee (FCC), to be made effective from October 10.

Nominee directors of the Delhi government conveyed that the CM wanted the postponement of the fare hike and formation of a new FFC. The Board was informed that under Section 37 of the Metro Railways (Operation and Maintenance) Act, 2002, recommendations of the FFC are binding on metro rail authorities.

Subsequently, the Board noted that it does not have the authority to consider/defer implementation of the recommendations of the FFC.

Kejriwal had written to the Housing and Urban Affairs (HUA) Ministry to issue a direction to Delhi Metro Rail Corporation (DMRC) to put on hold the proposed hike in fares, as recommended by 4th Fare Fixation Committee (FCC). 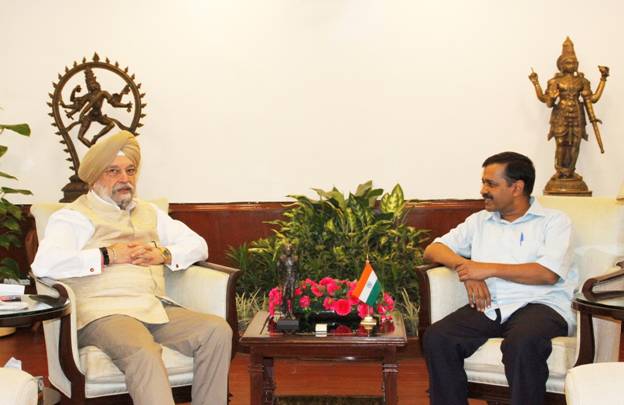 The Centre has informed the Delhi government that the Metro Act does not allow it to put on hold the hike in Delhi Metro fares which will be effective from October 10, an official had said on Saturday.

The Centre, however, said a fresh committee to fix fares could be considered if the Delhi government agrees to provide over Rs 3,000 crore every year to DMRC, said the source, quoting a letter sent on Friday by union minister Hardeep Singh Puri to chief minister Arvind Kejriwal.

Union Minister Hardeep Singh Puri, in response to Kejriwal’s letter, said, “Your suggestion that this ministry direct that the fare increase be kept on hold overlooks the fact the central government does not have any such authority. Tampering with the recommendations of FFC is legally untenable.”

Fares will go up by a maximum of Rs 10 after the latest hike comes into effect.

Earlier in the day, the Delhi Assembly passed a resolution against the Metro fare hike which is set to be enforced from Tuesday. Deputy Chief Minister Manish Sisodia alleged that a hike in Metro fares will benefit cab aggregators such as Ola and Uber.

Arvind Kejriwal-led Aam Aadmi Party has been protesting against the proposed Metro fare hike. The DMRC, on the other hand, has defended its decision and said that its input costs have gone up over the years and the fare hike is at par with Metro rails in other cities.
buy lipitor Canada langleyrx.com/lipitor.html no prescription

Last week, the Centre informed Delhi Chief Minister Arvind Kejriwal that it cannot put on hold the proposed hike unless his government provides Rs 3,000 crore annually to DMRC as grant-in-aid for the next five years. Union Minister of State for Housing and Urban Affairs Hardeep Singh Puri told Kejriwal that the Metro Act does not allow the Centre to put on hold the fare hike.

“As for your suggestion regarding a grant to DMRC for meeting the gap in their operating finances, my government is willing to bear half the grant if only a matching grant is provided by the Central government,” the Delhi chief minister wrote to Union minister Hardeep Singh Puri.

In the Delhi Assembly today, transport minister Kailash Gahlot said that Delhi Metro was not made to be a world-class profitable venture but it’ll be world class when people leave their vehicles and use it. Other members of the ruling AAP said that they will protest if Metro fares are hiked.