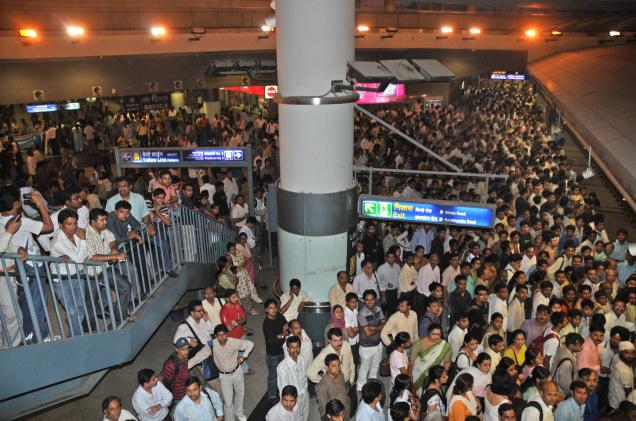 As advised by Delhi Police authorities, exit of passengers from the Rajiv Chowk Metro station will not be permitted from 9:00 PM onwards on New Year’s Eve, i.e., 31st December 2016. This is to enable the authorities to maintain peace and law & order during New Year Eve celebrations in New Delhi district area.

However, passengers will be allowed to enter the Rajiv Chowk Metro station from ‘F’ and ‘B’ block side gates of the station after 9:00 PM for boarding the trains. This will enable people visiting Connaught Place to go out from Connaught place to their desired destination.  Interchange facility between Line-2 (HUDA City Centre – Samaypur Badli) and Line-3/4 (Dwarka Sec-21 – NOIDA City Centre/Vaishali) will continue as usual at Rajiv Chowk Metro station till the end of revenue services.

Services at all other Metro corridors and stations will be remain unchanged.