NEW DELHI (Metro Rail News): Growever Infra Pvt Ltd emerged as the lowest bidder for the work of the final Alignment design including the Aerial LiDAR survey and other related works for Varanasi-Howrah High-Speed Rail Corridor (about 760 kms. long).

Growever Infra Pvt Ltd quoted the price of INR 14.05 crore for the contract which was the lowest amongest the four bidders including Growever Infra.

LiDAR survey (Light Detection and Ranging) is a technique in which laser enabled equipment is mounted on a helicopter or plane to carry out ground survey. This technology gives accurate survey data and findings in less time.

National High-Speed Rail Corporation Limited (NHSRCL) had invited bids for this work on 20th January 2021 with a completion period of 150 days and estimated cost of INR 17.56 crore. Technical bids for the tender opened in March which revealed six bidders. Two bidders did not qualify the technical evaluation round. Financial bids opened on 9th April which reveal name of four bidders. 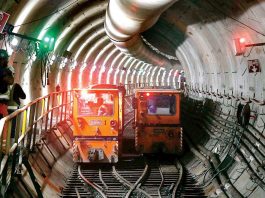 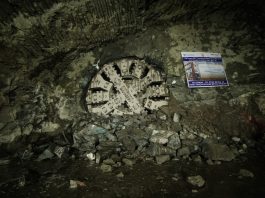