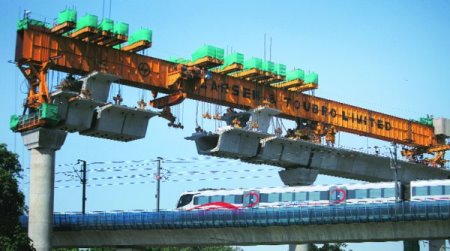 New Delhi: IL&FS Transportation Networks Ltd said it has sold 49% equity stake in Rapid MetroRail Gurgaon Ltd for Rs 509.9 crore. It did not disclose the name of the buyer in a filing to the Bombay Stock Exchange.

“IL&FS Transportation Networks Ltd has informed BSE that the Company along with its subsidiary has sold 49% equity stake in Rapid MetroRail Gurgaon Limited, a subsidiary of the Company at a price of Rs. 17 per share for an aggregate consideration of Rs. 509.90 Crs,” it said.

Rapid MetroRail Gurgaon is the world’s first private metro network. It had started as a JV between IL&FS and DLF but the real estate firm later exited. The first phase of the rapid metro was built around an office district called Cyber City in Gurgaon which is entirely owned by DLF.

Shares of IL&FS Transportation Networks closed at Rs 70.40 on Thursday on BSE, down 2.7%.