The agency has already identified around 182 acres of land and requested HSVP to hand over it for construction. The city will have seven RRTS stations. The agency has proposed two depots each on its two other rapid rail corridors such as Duhai and Modipuram depots on Delhi-Ghaziabad-Meerut line, and Murthal and Panipat depots on Delhi-Panipat corridor. The Delhi-Gurugram-SNB corridor will have only one depot, which will be built at Dharuhera.

“Dhauhera will be an important depot in NCR, especially for Delhi and Gurugram. This will serve as an operational and maintenance center. We are also carrying out geotechnical inspections which will be crucial for project designs and implementation,” an NCRTC spokesperson told.

NCRTC has also requested the state government to provide a 13.5-acre plot at IFFCO Chowk to construct the site office. This land will also be used as a store. Apart from serving as a major operational control and maintenance hub of the Delhi-Gurugram-SNB network, this depot may also be used for freight services also.

The development comes after NCRTC decided to explore cargo/logistics services via the corridor during non-peak and lean hours. According to an NCRTC official, the aim is to facilitate sustainable freight movement and curb pollution in Delhi-NCR areas by limiting the usage of the truck and heavy carriage vehicles for commercial activities. “RRTS is envisioned to serve as a more sustainable alternative for urban freight movement in NCR by handling goods at its depots.

We are exploring the option to use these depots for freight services during early mornings and late evenings without compromising on commuter services,” the official said.

Freight service on the RRTS corridors is also expected to mitigate challenges, which include pilferages, lack of cold chain facilities and excessive transportation time owing to entry restrictions, during logistic operations by companies.

In Gurugram, the rail link will be an elevated section. It will start from Old Delhi-Gurugram Road and go via Atul Kataria Chowk, Signature Towers, and Rajiv Chowk. It will go underground from Kherki Daula and will emerge above the ground at IMT Manesar.

Before entering Behror in Rajasthan, the line will be built along Delhi-Jaipur Expressway and go via Dharuhera, Rewari, and Bawal. The Delhi-Gurugram-SNB corridor is expected to be operational by 2025, according to NCRTC. 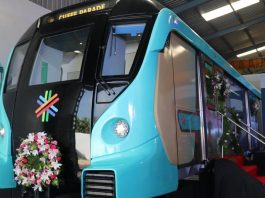 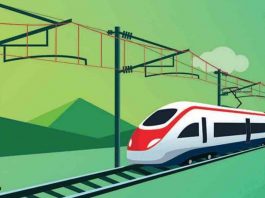 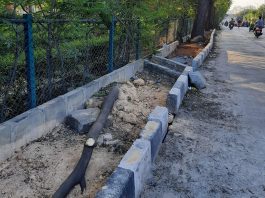