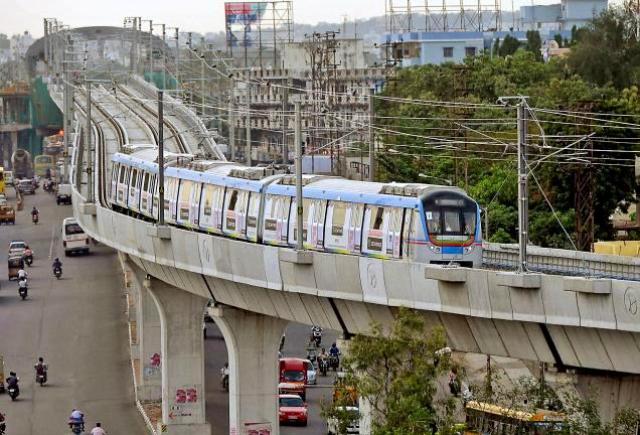 Hyderabad: A rapid mass transit system (MRTS) can be on the cards for Hyderabad with a government agency launching the process of identifying a project consultant for the MRTS Corridor connecting Minotaur, Shilaparamam and Gachibowli.

The corridor under consideration is expected to boost connectivity with the IT center and some areas of rapid development in the western parts of the city. It will complement the existing MMTS that attracts several points of the city from Lingampally and the Metro Rail network.

The government of Telangana “emphasizes the need to continue efforts … recognizing the different needs and priorities of different transport users, in the development of HITEC City’s most important transportation infrastructure”, says the RFP call of Telangana State Industrial Infrastructure Corporation (TSIIC) for a consultant project.

The consultant would assist the TSIIC in the selection of the MRTS corridor and perform an analysis to demonstrate the technical-economic and financial viability of the corridor … “to meet the demand for future trips … to ensure that it is well integrated with other networks of transport. / terminals and land use “.

MRTS is expected to be an alternative way to handle “the relatively higher demands compared to public road transport and alleviating traffic congestion in the road system,” said the TSIIC document.

The consultant should carry out an analysis of the various alignments for the MRTS corridor, “review the connections of the proposed road and transit facilities in the multimodal connectivity from Miyapur to Shilparamam and Gachibowli … carry out a rigorous evaluation of alternatives aligned, including the identification of intermediate stations “.

An evaluation of the preliminary requirement for the preferred alternative by performing a transport modeling job for horizon years 2021, 2031 and 2041 is another task required by the consultant.

They should also suggest the project implementation mechanism / project structure and procurement assistance, including the preparation of the RFP document, the development agreement and the management of the bidding process.

The call for project consultants by TSIIC comes under the Secretary of Industries and IT Jayesh Ranjan, who announced last month that work had begun to have a monorail in the IT center. Gachibowli, Nanakramguda, the Financial District and new areas in the neighborhood such as Tellapur and Kokapet would be connected by Mono Rail. The “project will be happening soon,” he had declared.