The proposed route for the Hyperloop is between the city centers of Vijaywada and Amaravati, potentially turning a trip of more than one hour into a 6 minute ride. The project will use a Public Private Partnership (PPP) model with funding primarily from private investors.hra

“We are extremely delighted to have entered into a MoU with the Government of Andhra Pradesh to bring the HTT Hyperloop to India,” said Mr. Bibop Gresta, Chairman & Co-founder, Hyperloop Transportation Technologies. “In partnering with Andhra Pradesh, HTT will work with local stakeholders to build the regulatory standards necessary for safe and efficient operation.”

During Phase 1 of the project, HTT will conduct a six-month feasibility study commencing in October. Working with partners in the public and private sector, HTT will analyze the surrounding cityscapes to create the best route between the two cities while identifying all pertinent stakeholders in the region. After conducting the initial six-month feasibility study, Phase 2 of the project will construct and build HTT’s first Hyperloop in India.

Mr. Krishna Kishore, Chief Executive Officer, APEDB said, “Amaravati is a state-of-the-art city being developed in Andhra Pradesh as its de facto capital. In order to boost its image and emerge as the frontier city in future technology, Amaravati is looking forward to collaborating with Hyperloop Transportation Technologies. Hyperloop is a cutting-edge technological disruption in the transportation industry.”

Discussing the added benefits of establishing an ultra-high speed connection between the cities, Mr. Kishore added, “Like most of the world-changing technological advancements, HTT aims at collaborating with Government of Andhra Pradesh to foster research and development, in order to bring affordable and low-cost technologies for the masses. This will eventually lead to improved standards of living in the region. The EDB along with Government of Andhra Pradesh will assist Hyperloop Transportation Technologies Inc. (HTT) with all regulatory requirements to develop and implement Hyperloop.”

The State of Andhra Pradesh is the seventh largest in India with a population of over 50 million people. Connecting these emerging development regions with ultra-high speed transportation will establish this region as a leader in technological innovation and sustainable development.

What is the hyperloop?

Hyperloop is a radical, yet untested means of travel proposed by maverick entrepreneur Elon Musk. It involves travelling in pods through a sealed pipe at speeds that could touch 1,200km/hr, making it faster than a jet aircraft. These speeds will be possible due to a largely frictionless environment, minus any physical contact or air resistance.

Tests are already underway in several parts of the world. Musk claims he has an approval to build a New York City–Washington DC hyperloop that will cut a five-hour drive to just 29 minutes!

In India, Musk’s HTT isn’t the only startup in the fray. Earlier this year, another company called Hyperloop One identified five routes for its India debut. On its list are: 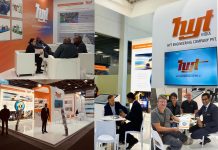 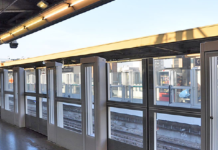 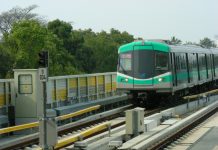