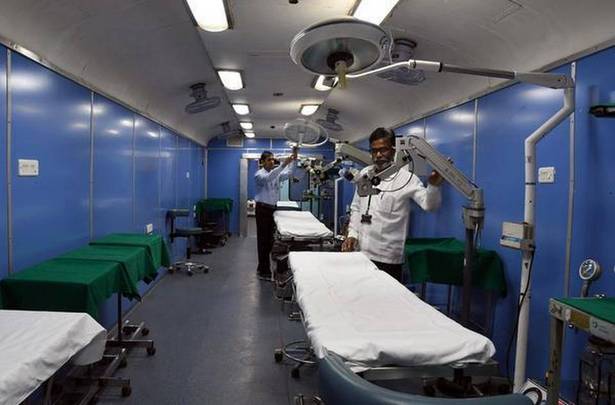 NEW DELHI (Metro Rail News): This is really the first time in the history that isolation wards in trains for rural and remote areas and manufacturing of ventilators in their factories are at the peak of the agenda for the Indian Railways as the govt plans for a long battle facing COVID-19.

Where the Rail Coach Factory in Kapurthala has been tasked the responsibility of turning LHB coaches in isolation wards the Integral Coach Factory in Chennai, the makers of Train 18 is trying to manufacture ventilators. During a video conference, Railway Minister Piyush Goyal with Railway Board Chairman V K Yadav said the top brass to be made in the event of community spread of COVID-19 on Wednesday, that will need reinforcement of healthcare amenities all over India mainly in rural and remote areas.

A Railway Ministry official stated the condition of anonymity “The instructions are to achieve preparedness and be on standby”. “This is keeping in mind the situation of a long battle beyond the 21-day lockdown.”

RCF Kapurthala would be initially producing a prototype by converting a current LHB coach in an isolation ward. This would be a non-AC coach due to it will be hard to sanitise air for communicable disease in case of an AC coach.

The design is being made and a final decision would be taken as to how much cases can be accommodated in a coach keeping in mind many factors such as distance, hygiene, essential tools to monitor health, and most necessary, exclusive usage bathroom. Once the design is settled then applying a rake in an isolation ward will not be tough even in a short period of time as per officials by adding that the coaches are anyhow lying idle because of the lockdown.

According to the officials, it is the production of ventilators that are turning out to be a tough challenge. ICF Chennai had produced a prototype using ‘reverse engineering’ but it has failed. Many attempts are being produced. “Making the machine is not tough but calibrating it is the main challenge. All we can hope that we can crack it. So what we make has to be of the existing standards,” stated a senior official.

The country needs an official figure on the number of ventilators it has. Rough measures peg it at nearby 40,000. Several countries have also pushed into service non-health quarters to supplement its medical capability to fight the Coronavirus outbreak.